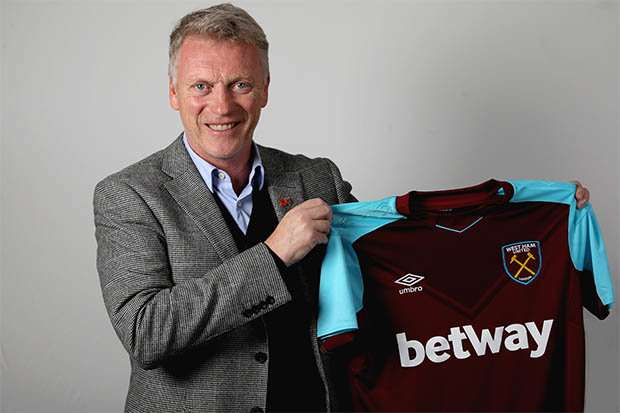 West Ham United Board today unveiled the capturing of David Moyes as the manager of the club. David Moyes replaces Slaven Bilic whose contract was terminated by the West Ham board having won just two games in their first 11 games of the season.
Moyes signed a 6 month contract with West Ham and he is seen as the best “short-term” option to move the club out of troubled waters. David Moyes has premier League experience with former clubs Everton where he enjoyed huge success , Manchester United and Sunderland. The new manager will have to put in a lot of work with the current squad which seem to be the best team “on paper” the club have assembled in decades.