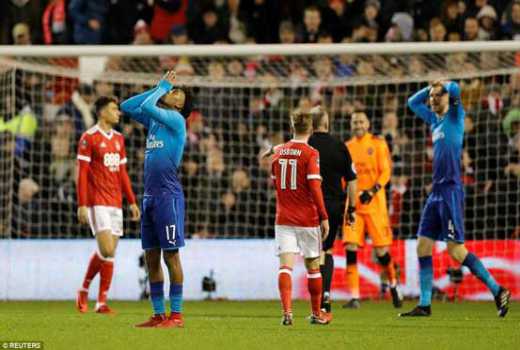 Tottenham beat AFC Wimbledon 3 nil at the Wembly Stadium as they advance to the 4th round of the FA Cup.

The first half ended goalless as both team failed to find the back of the net. The second 45 minutes was more productive as Harry Kane scored a brace in 2 minutes 63rd & 65th minute.

Vertonghen completed the scoring in the 71st minute to give the home side a comfortable win as they advance into the next round of the competition. 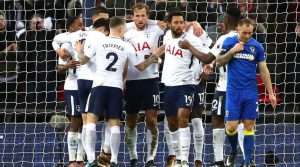 Current cup holders Arsenal crash out from the 3rd round for the first time in 20 years as they lost 4:2 against Nottingham. Star performer for Nottinham Forest was 18 year old Lichaj who scored a brace in a breath taking performance from the home side.

Arsenal were behind in the 20th minute as Eric Lichaj opened the scoring for the home side. Arsenal were not behind for long as Per Mertesacker leveled 3 minutes after the opener.

Eric Lichaj completed his brace at the stroke of half time from the edge of the box as he volleys the ball into the top left corner. 2:1. Forest were awarded a penalty in the 64th minute after a foul by Rob Holding inside the box. Ben Brereton stepped up and sends David Ospina the wrong way, 3:1.

79′ Danny Welbeck pulled one for Arsenal after a defensive error from the home side, the striker had no problems putting the ball in the back of the net. 3:2. Nottingham were awarded a second penalty of the game in the 84th minute for a foul by Debuchy inside the box. Kieran Dowell steps up and places the ball into the roof of the net. 4:2.

Joe Worrall was shown a straight red card in the 89th minute after a reckless challenge on Welbeck. Final score Nottingham 4 Arsenal 2 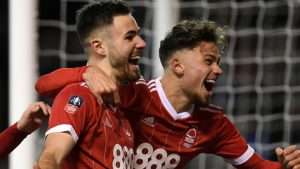