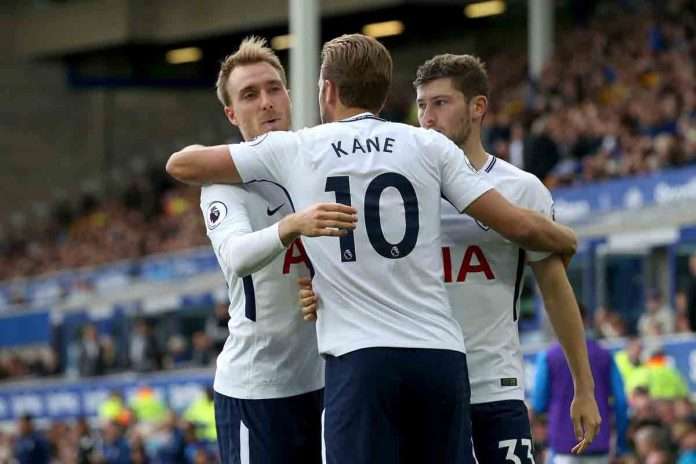 After last week’s disappointing 1-1 draw against Burnley at Wembley, Spurs are back to winning ways after beating Everton 3-0 at Goodison Park.

Harry Kane opened the scoring for the visitors in the 28th minutes after his miscued cross from found the back of the net making it his 100th for Tottenham since joining as a teenager in 2009.

Mauricio Pochettino‘s side double the lead 2 minutes before the break when Ben Davies shot was parried by Everton’s goalkeeper Jordan Pickford, but Christian Eriksen follow up shot found the back of the net.

Two minutes into the second-half Spurs wrapped up all 3 points when Kane converted a cross from Davies to score his second of the day.

Tottenham’s next match is against Dortmund in the Champions League on Wednesday the 13th of September.