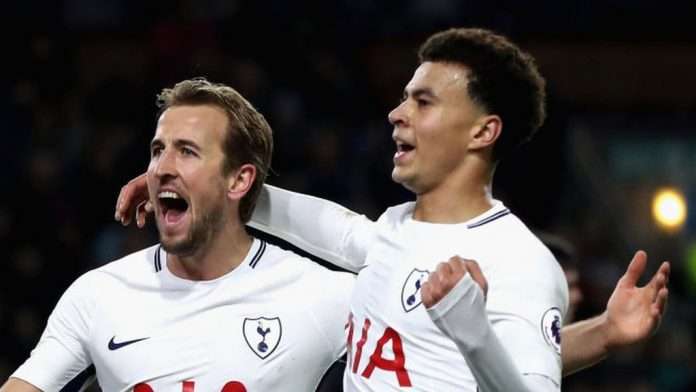 Tottenham Hotspur Hitman Harry Kane completed his 7th Hatrick in 2017, his 53rd goal for both club and country for the year. The 24 years old England international also leveled Alan Shearer’s record of 36 Premier League goals in a calendar year.

Kane converted from the penalty spot in 7th as Dele Alli was fouled in the box. He doubled the tally in the 69th minute as beat Burnley’s offside trap to slot the ball pass the goalie. Harry Kane completed his Hatrick in the 79th minute as he coolly slots the ball with his left foot into the bottom right corner.

3 nil it ended at Wembly. The result means that Tottenham now move above Burnley to 5th place on the table.