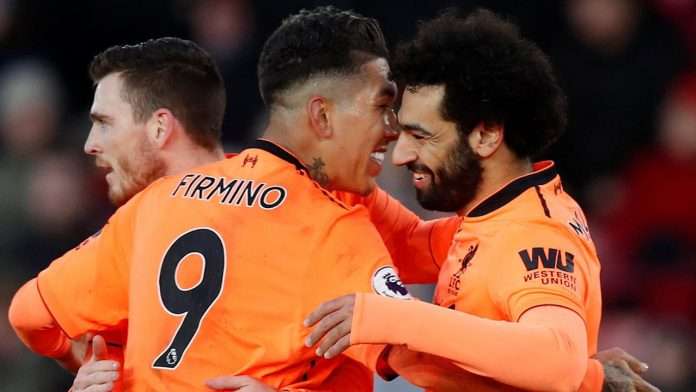 Huddersfield hosted Bournemouth at Turf Moor for a feisty relegation battle. The home side were back in winning ways after a streak of losing run.

7′ The home team were in front early in the game as Alex Pritchard shots from close range into the left side of the goal leaving the goal keeper stranded.

13′ Junior Stanislas drew the game level as he finds himself one on one with the goal keeper after a lovely through ball. He shots shot went in off the bottom, right post. 1:1.

27′ Steve Mounie scores a sensational goal with a header from inside the box from a free kick. 2:1.

66′ Aaron Mooy pin points a pass to Steve Mounie inside the box who completed his brace as he shots into the bottom left corner. 3:1.

90+5 Huddersfield were handed a penalty kick as Dan Gosling fouls an opponent inside the box. Rajiv van La Parra stepped up and was fortunate to have scored as Asmir Begovic gets a hand on the ball. 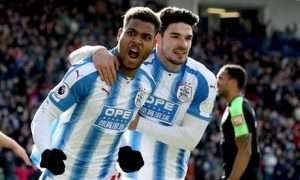 Rafa Benitez Newcastle side surprisingly beat Manchester United 1 nil to boost their chances of avoiding relegation. The home team grabbed their first home win since October. The victory means that the Red devils title hope have been smashed and their noisy neighbors could be crowned as Champions in their derby match.

The only goal of the game came in the 65th minute after a great team effort from the home side. Matt Ritchie recieves a sweet pass and releases a shot straight into the bottom right corner. 1:0.

The away side came close scoring on numerous occasions but the Newcastle goal keeper produces moments of brilliant saves to earn them a well deserved win. 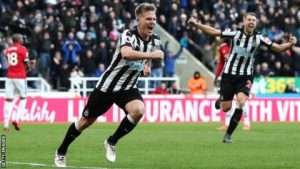 Roberto Firmino and Mohamed Salah were in sensational form as they beat Southampton 2 nil at the St Mary’s Stadium.One of the major spot light of the encounter was on Virjil Van Dijk who made a wrong turn in the tunnel and was booed by the home fans after his big money move from Southampton to Liverpool.

6′ Early in the game, Mohamed Salah unselfishly finds Roberto Firmino who beats the goal keeper with a precise into the bottom right corner. 1:0

42′ Roberto Firmino this time turns provider for Mohamed Salah who showed great determination and pace to get to the ball before some defenders. The Egyptian shots from close range into the bottom right corner to seal a ‘nearly perfect’ win for Jurgen Klopp’s side. 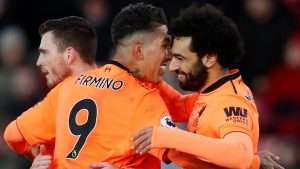 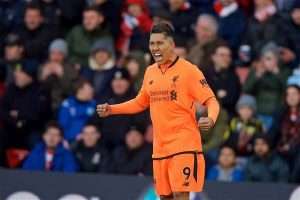