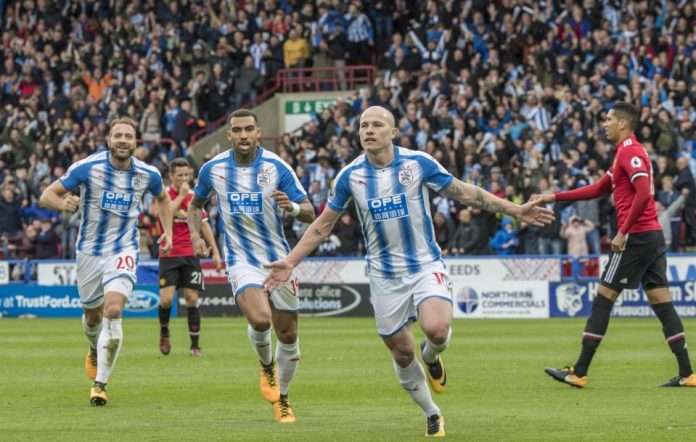 Premier League “New Boys” Huddersfield Town yesterday provided one of the greatest upsets in English football by beating Manchester United 2-1 in West Yorkshire. Manchester United were punished for lack of concentration and motivation. Phil Jones limped off 23 minute and was replaced by Lindelof who had a shambolic defensive display as Huddersfield took advantage of their weak back-line.
Mooy opened the scoring in the 28th minute after he accepts a pass from Ince who dribbled Lindelof in and out before a well time placed finish to beat David De Gea. 5 minutes later, Lindelof puts himself in a difficult situation after a miss-timed header that bounces off the pitch and presented Depoitre with a one on one oppurtunity as he chased down the ball. Depoitre went round the onrushing Manchester United Goal keeper to calmly slot the ball into the net to double their lead. However, late in the game Marcus Rashford pulled one back for the visitors but it is more of a consolation goal as Huddersfield Town beat Manchester United 2-1.