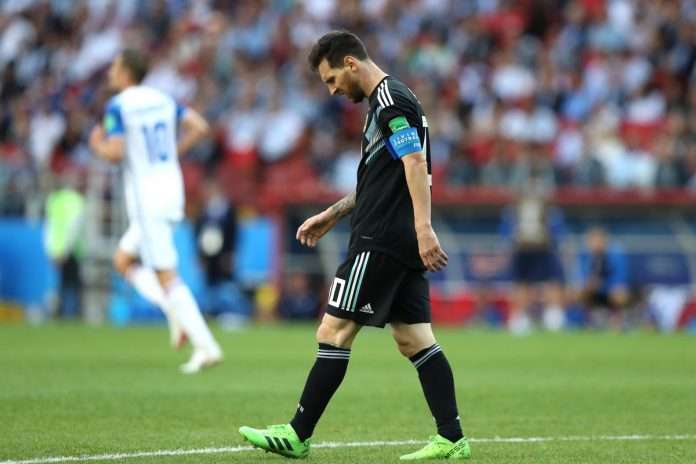 Iceland continued their EURO 2016 heroics into their first ever World Cup appearance.

Their braveness earned them their First Ever point in World Cup History Against Argentina at the Otkrytiye Arena in Moscow as they played out a 1-1 draw.

The match against Argentina was their debut in the World cup as they qualify as the smallest nation to ever play in the competition with an estimated population of 30,000.

19′ Manchester City striker Sergio Aguero scored his first ever goal in a World Cup campaign. Kun was quick to react to lose ball inside the danger area and his precise attempt ended at the top left corner. 1:1

23′ Iceland restored parity to the encounter with a goal from Alfred Finnbogason. Finnbogason pounced on a rebound inside the box and smashed the ball into the back of the net. Game on! 1:1

63′ Referee Szymon Marciniak points to the spot kick and awards Argentina a penalty kick for a reckless challenge by Hordur Bjorvin Magnusson.

64′ Skipper Lionel Messi takes responsibility of the spot kick and was unable to convert. His weak effort was superbly saved goal keeper Hannes Halldorsson, Messi’s first ever miss from the penalty spot for his country.