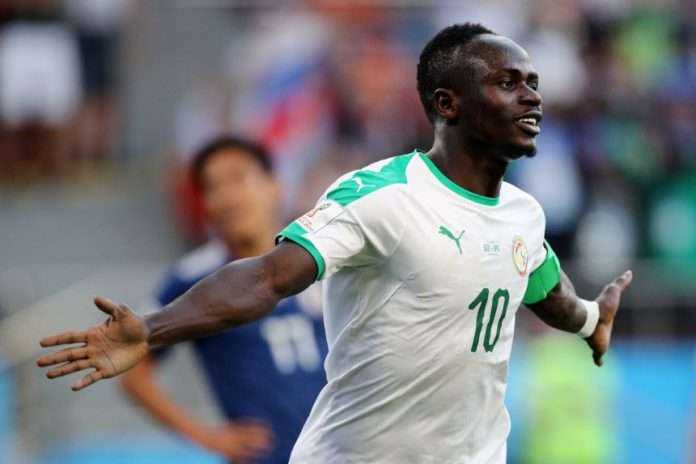 Japan showed character as they come from a losing position twice in the game against Senegal to earn a vital point at the Central Stadium in Yekaterinburg.

It was a game filled with goals and lots of excitement as they played out 2-2 draw to blow Goup H wide open.

Sadio Mane opened the scoring in the 11th minute for Senegal as he was fortunate to open his World cup campaign with a goal he knew little about. He was in the right place as puts the ball in the back of the net with his body. 0:1

34′ Japan restored parity to the contest with a goal crafted by team work. Nagatomo tees up Takashi Inui inside the box, his strike is precise and curled into the bottom right corner. Game on! 1:1

71′ Senegal took the lead for the second time in the game with a powerful strike from Moussa Wague inside the box and into the roof of the net. Great strike! 1:2

78′ Japan leveled the game for the second time running as they capitalize on horrendous goal keeper error. “Super Sub” Keisuke Honda receives a pass and was handed with an easy task of tapping into an empty net. 2:2