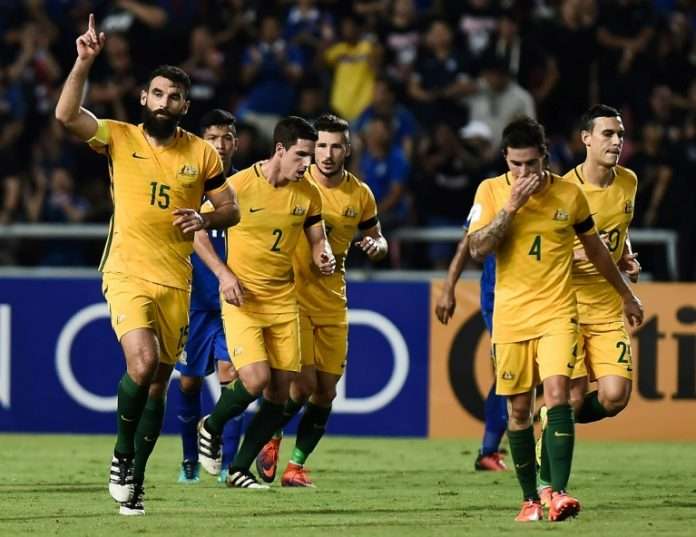 Australia beat Honduras 3-1 to become the 31st team to qualify for the World Cup In Russia. Jedinak was the star man for Australia as his Hat-trick qualifies the Socceroos for Russia after both team played out a goalless draw in the first leg of the qualification play-off.
Jedinak opened the scoring 8 minutes into the second half to give the Aussies the lead after a goalless 1st half. Jedinak then went on to convert two penalty kicks to complete his hat-trick. Elis pulled one back for the visitors in added time but the goal proved to be more of a consolation as Australia beat Honduras on a 3-1 Aggregate.