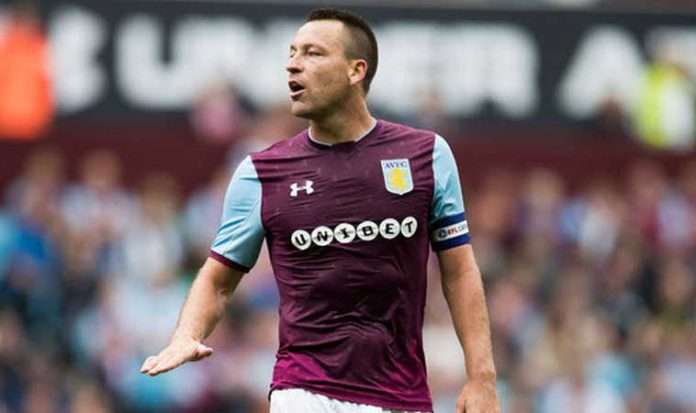 Chelsea Legend John Terry has announced that he will be leaving Aston Villa at the end of his contract next month.

The former England and Chelsea captain joined Aston Villa on a one year deal last summer, and made 35 league appearances.

Villa narrowly missed out of the Premier League promotion after losing 1-0 against Fulham.

A club statement read: “Aston Villa can confirm the club will part company with John Terry.

“We would like to place on record our most sincere thanks for the effort and professionalism he showed with us last season.

“John is a true leader and was everything and more that we hoped. Hugely popular and influential in the dressing room, he played a real captain’s role in creating the incredible bond the players shared with our supporters, and vice-versa.

“We hope he looks back on his time with Villa fondly and we wish him the very best as his career moves forward.”