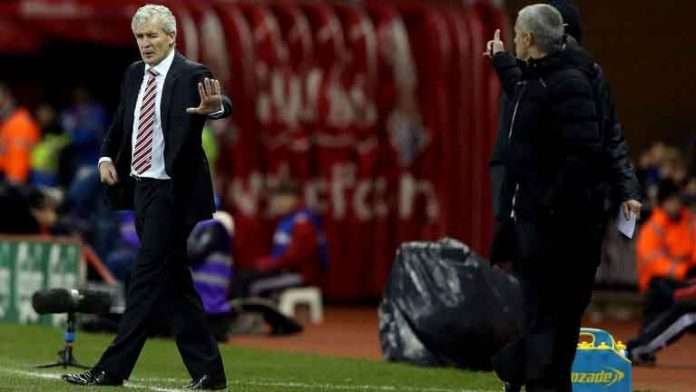 The Red’s lost their first point of the season after Maxim Choupo-Moting scored a brace to give the host a point.

While performing their individual post match interview, it is understand that Hughes again offered his hand, but is was ignored by Mourinho.

During his post match interview, Mourinho refused to answer questions about the incident, saying “it looks like it’s my fault but that’s not right”.