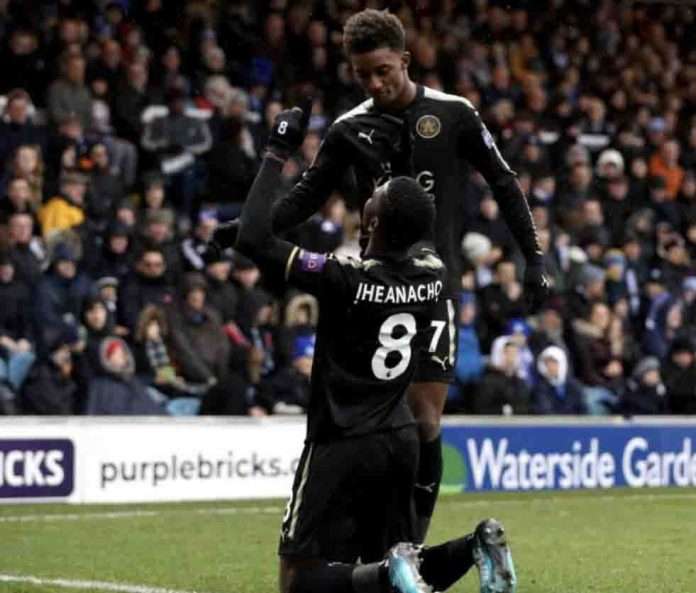 Leicester are through to the fifth round of the FA Cup after they after defeating Peterborough 5-1 at the ABAX Stadium.

New signing Fousseni  Diabate gave the visitor’s an early lead, before Nigerian forward Kelechi Iheanacho bagged a brace to give the Foxes a comfortable 3 goal lead before the break.

Peterborough came on stronger after the break with Andrew Hughes finding the back of the net, but it proved only to be a consolation goal as Diabate completed his perfect debut with his second goal of the game, before Nigerian midfielder Wilfred Ndidi got on the score sheet as the Foxes book their place in the next round of the FA Cup.

Huddersfield were forced to a replay after being held to a 1-1 draw by a Birmingham at the Kirklees Stadium.

Brighton are through to the fifth round of the FA Cup, courtesy of a late goal from Glenn Murray‘s as they beat Middlesbrough 1-0 at the Riverside Stadium.

League Two side Notts Country have forced a replay against Premier league side Swansea after Jon Stead‘s second half effort (62) cancelled out Luciano Narsingh first half goal (45) for The Swans.

Jack Stephens early goal (4) was all that was needed as Southampton defeats Watford 1-0 at the St Mary’s Stadium as they move to the next round of the FA Cup.

West Ham were hammered 2-0 away to Wigan, as the League One side advances to the next round of the FA Cup.

Tottenham were held to a shocking 1-1 draw by League Two side Newport. The home side took the lead in the first half (38), before Harry Kane‘s late effort (82)  forced a replay for Mauricio Pochettino‘s side.