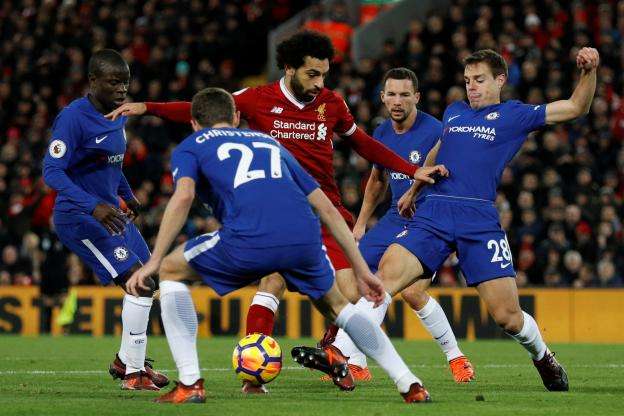 Liverpool welcome Chelsea at Anfield in a very crucial encounter between two rivals in the Premier League. Both teams were unable to find the back of the net in the first 45 minutes as they head into the break with a goalless draw.
Liverpool in-form “Hit Man” Salah who cant stop scoring at the moment put the Reds ahead in the 65th minute. The Egyptian player maker did not celebrate the goal against his former employers as a sigh of respect for the Blues.
Willian was introduce in the 83rd minute and scored the equalizer for Chelsea having spent barely 2 minutes on the pitch. 1-1 it ended at Anfield, a result that favors table leaders Manchester City who travel to face Huddersfield on Sunday.