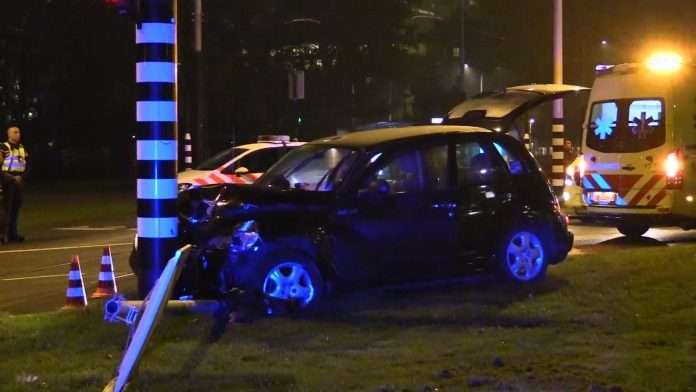 Kun Aguero was involved in a car(Taxi) accident after attending a concert music concert in Amsterdam. Kun boarded a Taxi that was meant to take him to the airport for his return flight to Manchester before the taxi hit a pole.
Manchester City Manager Pep Guardiola fears Aguero suffered a broken rib but nothing has been confirmed yet. According to Pep, he had no problem with Aguero spending a day off abroad, saying: “A day off is to be happy. “I am a trainer who doesn’t want to train every day because they [the players] need to rest, mentally and physically. According to Aguero; “I broke my rib, now I’m resting. It hurts me badly. I’ll be discharged in a little while.” The news of Aguero’s injury have capped a bad week for Manchester city as Benjamin Mendy is ruled out for for about six months with a ruptured anterior cruciate ligament.