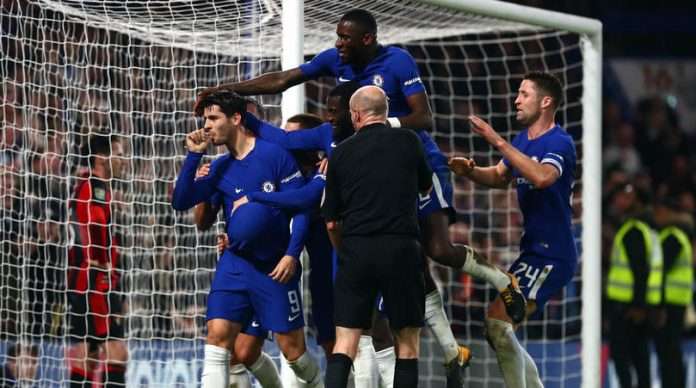 From kick-off at Stamford Bridge Chelsea showed class against premier League side Bournemouth. In the 13th minute, a brilliant team display from Batshuayi, Kenedy and Cesc Fabregas who square played for Willian to score into an empty net.

Willians goal seam to be the decider that will push Chelsea into the Carabao Cup Semis, Gosling 90th minute shocker drew the game level for the away side. dramas

The game was destined to be pushed into extra-time, but substitute Alvaro Morota grabbed the winner in the first of four added minutes to drive the home supporters into a frenzy. Chelsea Faces London rivals Arsenal in the Carabao cup semi finals