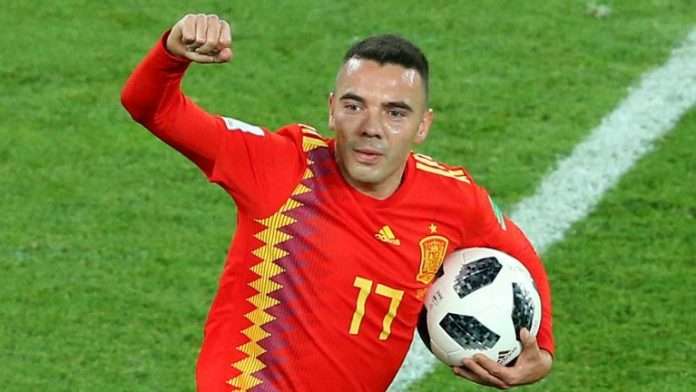 Spain qualify as top of Group B after a late dramatic goal from Aspas earned them a vital point against Morocco at the Kaliningrad Stadium.

14′ Morocco were off to a flying start as they took the lead early in the game. Khalid Boutaib capitalizes on defensive error from Spain, he ran almost half the field before he buries the ball through the legs of David De gea. Great goal! 1:0

19′ Isco leveled the game for Spain after a great team effort. Iniesta makes a great run inside the box and tees up Isco who smashes the ball into the roof of the net from close range. 1:1

81′ Morocco took the lead for the second time of the game with a powerful header into the top right corner. 2:1

90+1 Spain were in the brink of elimination before Iago Aspas leveled the game with a stylish flick from close range. The goal was disallowed for offside but after consulting the VAR, Spain were awarded the goal.

Spain tops the group on goal difference and will face Russia in the round of 16.