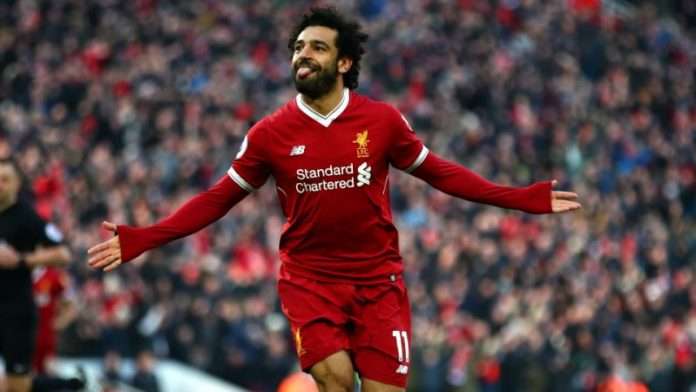 Leicester had to settle for a 1-1 draw against Stoke City at the King Power Stadium.

Both teams lacked cutting edge as the game was set for a goalless first 45 minutes.

43′ Xherdan Shaqiri opened the scoring for the away team with an accurate strike from the edge of the box as the ball drives into the right post. 0:1.

70′ Leicester City were gifted a goal after a blunder from stokes goal keeper Jack Butland. The goal keeper failed to deal with a crossing in his near post as the ball ricochets off him into his own goal. What an error! 1:1.

Both managers will be happy to settle for a draw after an encounter that lacked entertainment. 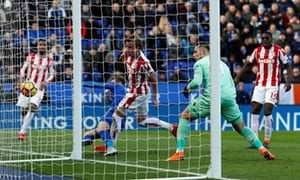 The Cherries welcomed a Rafa Benitez Newcastle team who come into the game after surprise win against Manchester United at home.

The match promised to be an entertaining encounter as both teams had a point to prove in their fight to remain in England top flight.

17′ The away side took a commanding lead as Dwight Gayle scored a fabulous back-heeled goal from inside the box. 1:0.

45+1′ Ayoze Perez earned himself an assist just at the stroke of half time as Dwight Gayle completed his brace for the night to give Newcastle United a commanding lead going into the break. 2:0.

80′ the home side had to dig deep before they could get a goal. Adam Smith receives a low pass inside the box and his first time effort ricochets in off the cross bar. 1:2.

89′ In the final minute of regulation time, Dan Gosling’s goal gives the home team remarkable comeback as they show character to come from two goals down to earn a draw in the 2nd 45 minutes of the game.

What a great performance from both teams. Final score, Bournemouth 2 Newcastle 2. 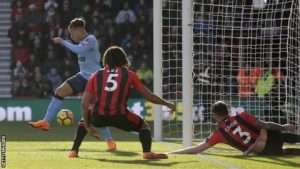 The Seagulls trashed a high flying Swansea City 4-1 at the Amex Stadium in a five star performance from the whole team.

18′ In-form striker Glenn Murray opens the scoring as he runs up to the ball and then waits for a rushing Lukasz Fabianski who commits himself before he slots the ball into the roof of the net. 1:0.

69′ Glenn Murray completed his brace for the nights as he connects to a Jose Izquierdo pass inside the box which he strikes precisely into the bottom right corner of the goal 2:0.

85′ the away side were gifted with a consolation goal as Lewis Dunk scored an own goal. 3:1.

90′ in the final minute of regulation time, Jurgen Locadia puts the nail on the coffin as he strikes an amazing shot into the middle of the goal. 4:1.

What a great contest of football as the home side scale through with a comfortable win filled with excitement for the home fans. 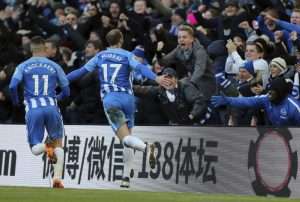 Burnley played host to a relegation threatened Southampton side who need nothing less than maximum points in the home of 7th placed Burnley.

The first half ended goalless as both teams failed to hit the ground running in a first half with few goal scoring opportunities.

67′ Ashley Barnes opened the scoring for the home side with header past Alex McCarthy 1:0.

90′ Southampton grabbed a late equalizer in the last minute of regulation time at the Turf Moor. Manolo Gabbiadini was quick to react to a Guido Carrillo downward header from a cross into the box, the Italian striker made no mistake as he fires home to the away fans went into a frenzy in the closing stage of a dramatic encounter. 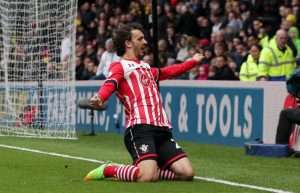 Liverpool Hammered West Ham United at Anfield as they temporarily move into 2nd place on the league table for the first time. They climb one place above Manchester United who has an outstanding match against Chelsea in Sunday’s showdown.

20′ Emre Can opened the scoring for the Red’s as he jumps the highest to connect to precise corner kick from Salah. The German midfielder’s header was well-timed and flew into the left post to leave the goal keeper stranded. 1:0.

51′ Joint Top scorer Mohamed Salah scored his 23rd goal of the season after he was released by Alex Oxlade-Chamberlain. The Egyptian sensation shows great composure as the slots the ball into the bottom right corner. 2:0.

57′ David Moyes West Ham side were lacking confidence as a defensive error gifted Roberto Firmino a goal as he rolls the ball into an empty net. 3:0.

59′ the away side scored pulled back a goal after a superb solo run from Michail Antonio. Antonio individual brilliance was crowned with an effort that neat Loris Karius into the bottom left corner. 3:1.

77′ Sadio Mane rounded up the scoring to secure a vital win for the home side as he connects to perfect up through ball from Andrew Robertson. The Senegalese International quickly strikes the ball which ricochets in off the left post leaving the goal keeper helpless. 4:1. Final score at Anfield, Liverpool 4 West Ham 1. 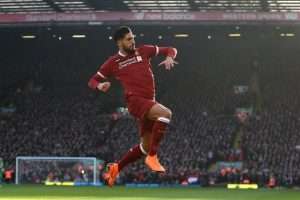 West Brom played host to Huddersfield in a must win encounter at the Hawthorns. The first half ended goalless as both teams failed to find the back of the net. However the second half began with a lot of fire power compared to the first 45 minutes.

48′ Rajiv van La Parra opened the scoring for the away side as he connects to a delightful pass; he showed awareness as he accurately strikes the ball into the bottom left corner. 0:1.

56′ Steve Mounie doubled the lead for the away side as his shot from mid-range that drives into the right hand post past the goal keeper. 0:2.

64′ Craig Dawson pulled one back for the home side as he out jumps the Huddersfield defense to convert a corner kick with a well-timed header into the middle of the goal. 1:2.

Both teams came close to scoring both failed to convert their chances as both team had to settle for a 1-1 draw. 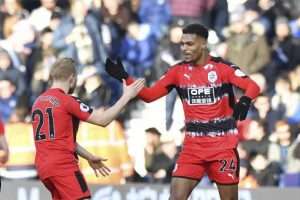 Watford entertained Everton to Vicarage Road in the last encounter of the day. Both sides lacked in their attacking departments as they failed to create goal scoring opportunities.

79′ the only goal of the game came courtesy of an assist from Stefano who Okaka slips a through ball to Troy Deeney who latches onto the ball with a superb shot into the right post. 1:0. 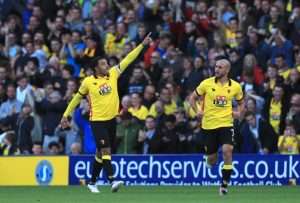