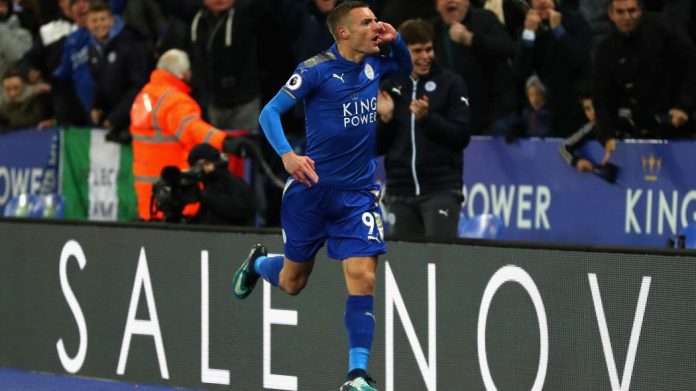 Leicester beat Tottenham 2-1 at the King Power Stadium as the Foxes moved to 9th place on the table as Tottenham slip to 6th place.

Former factory worker and England striker Jamie Vardy scored his 100th premier League goal with a Perfectly executed volley to give the home side the lead in the 13th minute. Riyad Mahrez scored a spectacular just at the stroke of half time as he curled home from his left foot to stretch Hugo Lloris.

In the 79th minute, Harry kane pulled one back for the away side as they tried a possible comeback, but the away team failed to score with two glorious chances from Llorente and Dele Alli. 2-1 it ended, a big win for Claude Puel and the Foxes