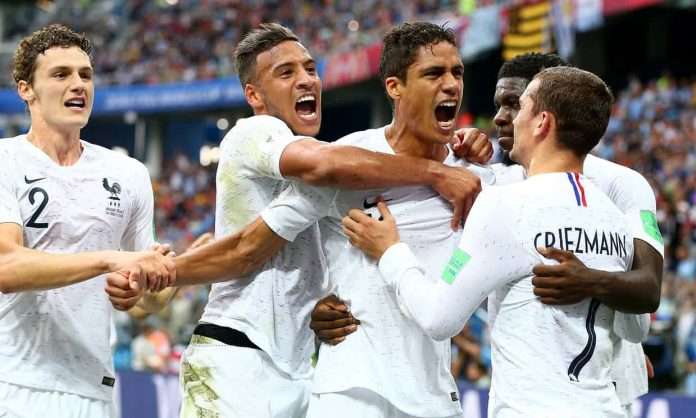 France qualifies for the Semi final of Russia 2018 after a convincing 2 nil against Uruguay at the Nizhny Novgorod Stadium.

40′ Raphael Varane gave France a deserved first half lead with a thumping header from a distance into the bottom left corner.

61′ A nightmare for the goalkeeper as he was unable to handle Antoine Griezmann’s poor shot from the edge of the box. What a hauler! 2-0

France march on to the Semi finals where they will face the winner between Belgium and Brazil.