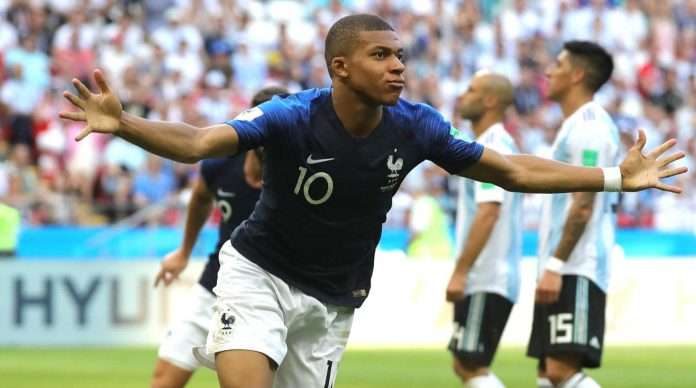 Lionel Messi suffered another World Cup disappointment as Argentina were eliminated from Russia 2018 in the round of 16. France showed superiority over their South American rivals as they won 4-3 to advance to the quarter finals.

Kylian Mbappe was in sensational form and proved to be instrumental for Les Bleus as he bagged a brace, his third in the competition.

Antoine Griezmann’s opened the scoring for France early in the 13th minute from the penalty spot before Angel Di Maria leveled the game just before half time.

Just 3 minutes into the second half, Mercado put Argentina ahead for the first time in the encounter as a Lionel Messi shot took a heavy deflection off him into the back of the net. 2:1

57’Game on! Benjamin Pavard restored parity to the encounter with a strike from inside the box into the left corner. 2:2

64′ Kylian Mbappe put France ahead as he was quick to react to a rebound inside the box. 3:2. Four minutes later, the youngster completed his brace with lovely finish into the middle of the goal. 4:2

90+3 in the last minute of additional time, Messi makes a great run before he teed up Sergio Aguerro who reduced the score line with a header from close range. 4:3

However his goal proved to be a consolation as fans qualify in an intriguing encounter between two heavy weights at the Kazan Arena.