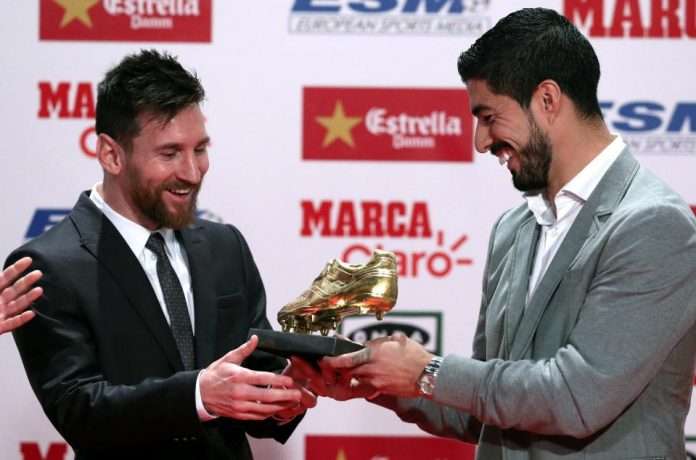 Lionel Messi draw level with Christiano Ronaldo after he won his 4th European Golden Shoe Award. Messi topped the power rankings of Europe leading goal scorer’s after he scored 37 goals in 34 La Liga games. Next on the ranking is Bas Dost of Sporting CP (34 goals) followed by Pierre-Emerick Aubameyang of Borussia Dortmund (31 goals).

Luiz Suarez who is a former winner presented the award to his club team mate. Congratulations to one of the Greatest players in football history!