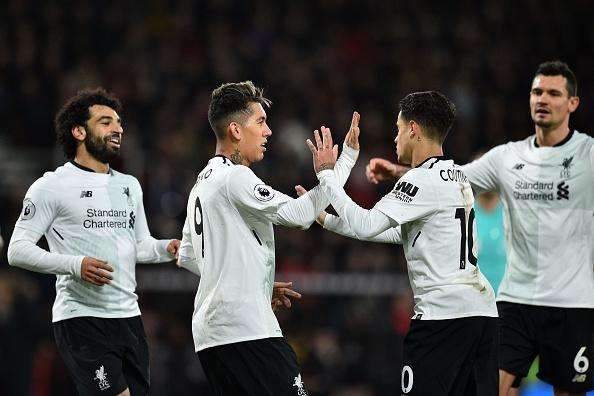 Liverpool were once again firing in all cylinder as they trash Bouremouth 4 nil. Mohamed Salah put his name in the scoring sheet as he becomes the first player to score 20 goals in all competition this season.

At the stroke of half time, African Best player Salah score his 20th goal pf the campaign with a fine finnish to make it 3 nil. Firmino put the nail in the coffin as he scored in the 66th minute.

The win sees Liverpool move up to 4th place, one point above Arsenal who are on 33 points