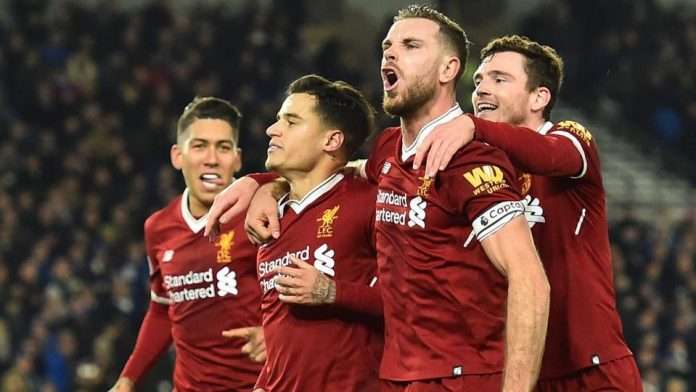 Liverpool outclassed new boys Brighton with a 5-star performance at the Amex Stadium. They got off to a flying start as Emre Can opened the scoring in the 30th minute with a powerful header to give the reds the lead. A minute later, Firmino doubled the lead to give the away side a comfortable lead going into the break.

More of the same was shown in the second half as Firmino completed his brace in the 48th minute. Brighton were awarded with a penalty kick as Captain Henderson shoved a Brighton player in the box from a corner kick. Murray stepped up and calmly converts the spot kick in the 51st minute.

Brazilian “Wonder Kid” Phillipe Coutinho scored a cheeky free kick as he drilled a low set piece beneath the Brighton wall to make it 4-1. Coutinho was involved in the 5th and final goal as his 89th minute shot was deflected by Brighton defender Dunk for an own goal.
Brighton 1 Liverpool 5!