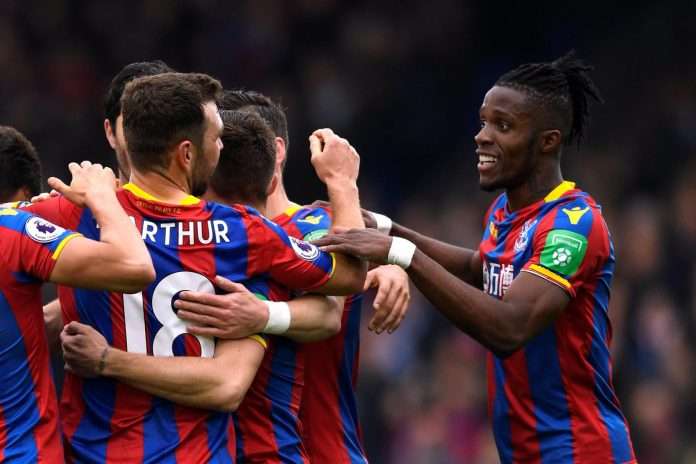 Liverpool failed to replicate their outstanding form against relegation threatened Stoke City who showed great discipline at the back to keep a clean sheet at Anfield.

Goalless it ended at Anfield as Liverpool prepare for their Champions League second leg against Roma in Rome. 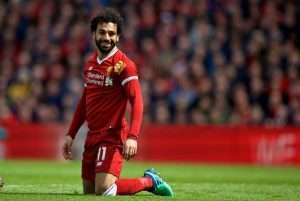 Burnley played out a goalless draw against Brighton as both team failed to find the back of the net. 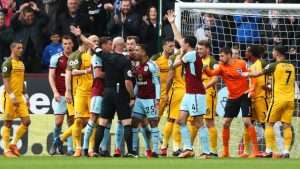 Five star performance for Palace as they trash the Foxes 5 nil at Selhurst park.

17’Wilfried Zaha opened the scoring for Palace with a well struck shot from inside the box into the top right corner. 1:0

38’Wilfried Zaha tees up James McArthur inside the box, who showed great composure as he hits a low hard shot pass the defenders into the bottom left corner leaving the goal keeper helpless. 2:0

56’Marc Albrighton was shown a straight red card for his challenge on zaha for trying to prevent a goal scoring opportunity.

81’Mamadou Sakho shows great vision with a killer pass to provide Ruben Loftus-Cheek with a one-on-one opportunity with the goal keeper. Loftus-Cheek beats the goalkeeper and slots the ball into the back of the net. Superb goal! 3:0

84’Patrick van Aanholt added his name to the scoring sheet as he latched on to a rebound and finishes with a right foot curler into the right corner. 4:0

90’Palace were awarded a penalty kick as Harry Maguire fouls an opponent inside the box. Christian Benteke takes responsibility of the spot kick and converts with an unstoppable attempt. 5:0 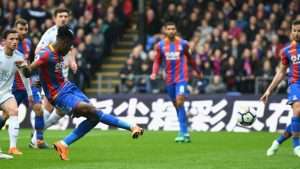 Huddersfield were stunned at home as Everton beat them 2 nil in from of their home supporters as they continue to fight for survival in English top flight football.

39’Turkish striker Cenk Tosun opened the scoring for Everton with a superb rocket finish from the edge of the box into the bottom left corner. Great goal! 0:1

77’Everton doubled their advantage as Leighton Baines tees up Idrissa Gueye who was unmarked at the edge of the box. Gueye well timed first strike flew straight into the bottom right corner. 2:0

West Brom produced an outstanding performance against Newcastle United as they held on to a one goal lead at St James Park.

29’Matt Phillips scored the only goal of the game in a very exciting encounter. Phillips receives a pass from Livermore inside the box, he drives past the defender before releasing a canon into the middle of the goal. 0:1

The win means that West Brom are not yet relegated but will be if Swansea beat Chelsea at home. 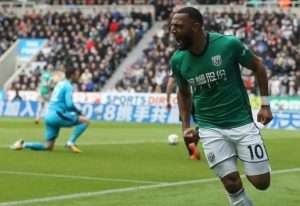 Southampton were in superb form as they held on to a 2:1 win against Bournemouth in an exciting packed encounter.

Mario Lemina finds Dusan Tadic inside the box who buries the ball past Asmir Begovic into the bottom right corner. 1:0

45+1’Joshua King restores parity to the encounter at the stroke of half time from a resulting free kick. He was in the right place as the ball fell to his feet, he makes no mistake as he smashes the ball into the right side of the goal. 1:1

54′ Dusan Tadic compleed his brace for the evening as he soars past opponents, he releases a wonder strike from the edge of the box into the bottom left corner. Great strike 2:1 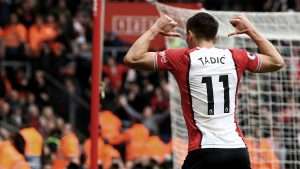 Chelsea boost their hopes for a top four finish as they grind out a difficult win against Swansea.

4′ Cesc Fabregas scored his 50th Premier League goal which was the only goal of the game. Eden Hazard cuts back on the goal line then tees up Fabregas inside the box who strikes the ball into the top left corner of the goal.

Chelsea were able to hold on to their lead despite series of goal scoring opportunities from the home side in the second half. 1 nil it ended as Chelsea still have hopes of finishing in the top four after Liverpool were held to a goalless draw against stoke at Anfield. 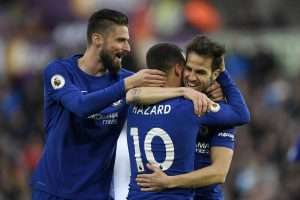