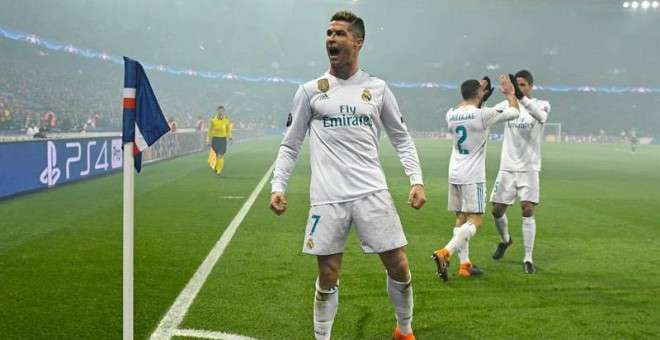 Liverpool played host to FC Porto at Anfield after their 5 nil trashing in the first leg encounter in Portugal.

Both teams came close to opening the scoring with series of attacks but the game remained goalless throughout an exciting 90 minutes of attacking football.

Liverpool advances to the quarter finals with a 5 nil Aggregate. 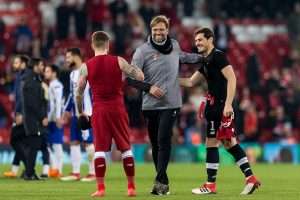 PSG welcomed reigning Champions Real Madrid to the Parc De France for the most anticipated encounter of the round of 16.

The first leg at the Santiago Bernabau ended with a 3-1 win for the Galacticos.

PSG were without their world most expensive player Neymar who suffered a knee injury in a domestic game, however Angel Di Maria was his replacement.

The first half ended goalless as both team played with caution not wanting to make error. The second 45 minutes was explosive as both teams came all out firing in all cylinders.

51′ Christiano Ronaldo opened the scoring for Madrid with a powerful glancing header into the bottom right corner of the goal after a pin point cross from Lucas Vasques. 1:0.

66′ PSG Play maker Marco Verrati was shown a marching order for his second bookable offence for an emotional protest to the referee.

71′ the home side got back into the encounter with a goal from Cavani. His strike off his body from inside luckily beats goal keeper Navas. 1:1

80′ Real Madrid killed the game their second goal of the night from Brazilian midfielder Casemiro. His shot from inside the box took a wicked deflection past the goal keeper. 1:2.

Madrid advance to the Quarter finals with a 5-2 Agreggate win. What an interesting two legs of football between two European giants. 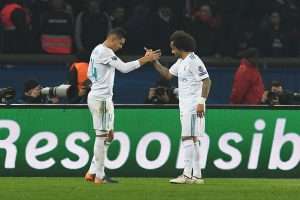