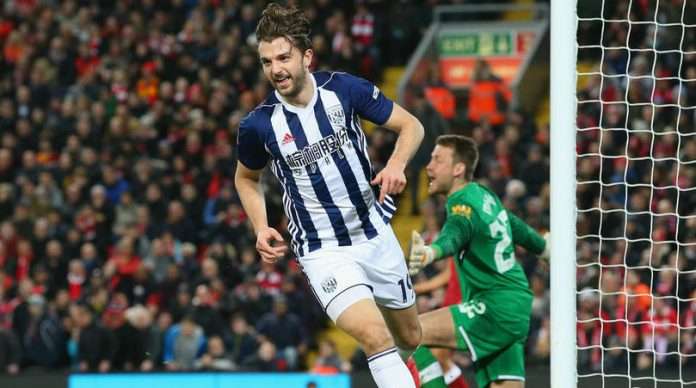 Liverpool Welcomed West Bromich Albion to Anfield for a very entertaining encounter in the FA Cup. The home fans were torn in shreds as Liverpool suffered a shocking 3-1 defeat.  Their elimination means that Jorgen Klopp continues to suffer a trophy less spell at Liverpool since his arrival from Borrusia Dortmund.

Firmino opened the scoring for Liverpool in the first five minutes of the game with a lovely finish. The Brazilian striker looped the ball high over Ben Forster who was helpless as he watched the ball drop into the back of the net. 1:0.

7’ Jay Rodriguez leveled the game with an absolute screamer from outside the box to open room for a goal fiesta. 1:1. West Brom took the lead in the 11th minute as Rodriguez completed his brace for the night with a tapping from inside the box. 1:2.

24’ A controversial period of the game as the referee stopped the game for a review on the VAR. A penalty was awarded to Liverpool on a challenge on Salah by Livermore moments ago that was not spotted by the referee. 3 minutes after the controversy of the VAR, Firmino took responsibility of the spot kick and failed to convert as his spot kick hits the top of the cross bar. 1:2.

At the stroke of half time, Liverpool defender Joel Matip recorded his name in the scoring sheets but unfortunately it’s an own goal. Surprisingly, West Brom head into the break with a comfortable lead.  1:3.

78’ Salah tried to inspire a comeback for the home side as he was in the right place at the right time to score from a rebound inside box. 2:3. The Red’s were knocked out of the FA Cup last in a similar fashion last season in the same stage.

Tonight belong to the Baggies for displaying desire and character as the underdogs against all odds eliminate Liverpool in the FA Cup tie in front of their supporters.