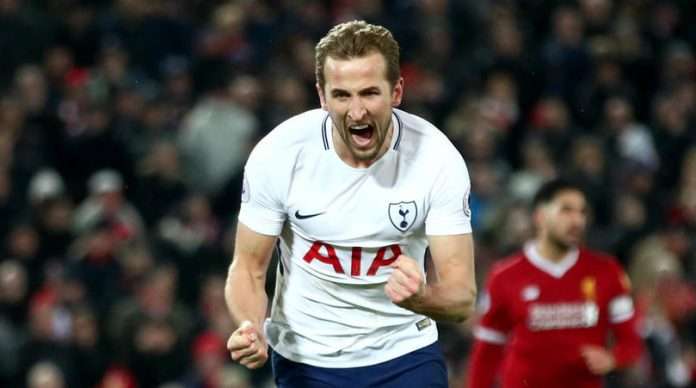 Liverpool hosted a high flying Tottenham side to Anfield for a very dramatic encounter for a top four finish in the Premier League.

3’ Mohamed Salah opened the scoring for the Reds early in the game from close range after a defensive error from Liverpool. 1:0.

80’ Victor Wanyama drew the game level with a superb left footed thunder bolt strike from distance and there was nothing that the Hugo Illoris could do to prevent his effort from going into the back of the net. What a strike! 1:1.

85’ Tottenham was handed a penalty kick as Harry Kane was fouled inside the penalty area by goal keeper Loris Karius. The England striker stepped up to and took responsibility of the spot kick but the keeper pulled a great save as Harry Kane smashed the ball straight into the goal. Penalty missed. 1:1.

90+1’ Mohamed Salah completed his brace for the night after great solo effort. The Egyptian play-maker dribble his way through the Liverpool defense leaving the goal keeper stranded as he chips the ball into the back of the net. 2:1.

90+4’ Tottenham Hotspur were handed a controversial penalty which was spotted by the lines man. Harry kane stepped up once again but this time he converts the spot kick to record his 100th goal in the Premier League. 2:2.

The home fans showed dissatisfaction towards the match officials but as they say; the referee is always right. Final score at Anfield, Liverpool 2 Tottenham 2.