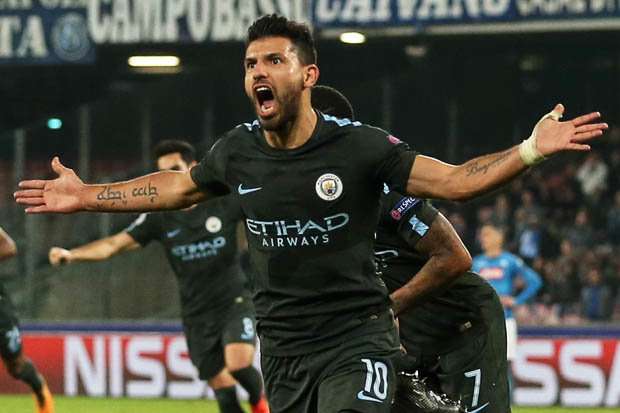 Manchester City beat an in-form Napoli side at 2-4 at home as they march on to the round of 16 in the Uefa Champions League.
Aguero also broke a personal record as he becomes Manchester City’s all-time leading goalscorer. Insigne opened the scoring in the 21st minute, in the 34th minute Otamendi scored the equalier for Manchester City as they move into the dressing room for Half time. 3 minutes into the second half abd Stones put the visitors ahead in the game for the first time. Jorginho made it 2-2 for Napoli after he converted from the penalty spot.
In the 69th minute, Aguero puts his name in the history books of Manchester City as a scores his 178th goal for the citizens as they they lead Napoli for the second time in the game. In additional time, Sterling puts the icing on the cake as City earn Maximum point in highly contended battle at the Stadio San Paolo. 2-4 it ended and Man City make it in the next round.