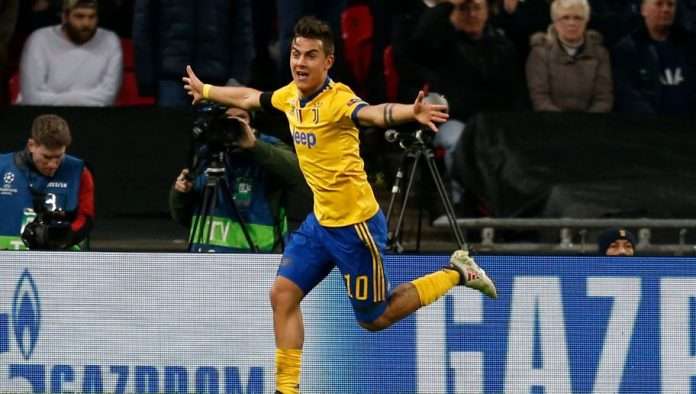 Tottenham Hotspur welcomed Juventus to the Wembly Stadium for the return leg of the round of 16 encounter. The first leg in Turin ended with a 2-2 draw, Spurs came from a teo goal deficit to secure a vital point.

Juventus needed to score 2 goals at Wembly for them to have any chance of qualifying for the next round.The home team had a brighter start as they opened the scoring.

64′ Juventus showed great spirit as they staged a comeback at Wembly. A good cross from Stephan Lichtsteiner was headed across by Sami Khedira to find Gonzalo Higuain inside the box. The striker outstretched leg pokes the ball inside the back of the net. 1:1.

67′ The old ladies punished Tottenham for their lack of concentration and in experience at the big stage as they took a surprise lead. Higuain’s through pass from mid way presents Paulo Dybala with a one on one opportunity with Hugo Illoris. Dybala showed great composure and accuracy as he strikes the ball with his left foot into the roof of the net. What a great comeback! 1:2. 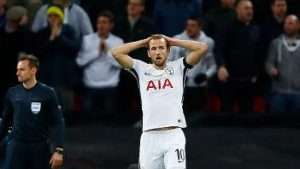 Manchester City became the second English team to qualify for the Quarter finals of the competition despite losing to Basel at the Etihad stadium. City came into the game having won the first leg of the encounter in Switzerland 4 nil.

8′ Gabriel Jesus opened the scoring for the home side with a simple tapping from close range after a precise pass from Bernardo Silva. 1:0.

17′ Basel’s Mohamed Elyounoussi drew the game level as the ball fell to his feet from a rebound from the left post. 1:1.

71′ Basel took the lead for the first time in the two legged encounter with a goal created by Mohamed Elyounoussi. His pass found Michael Lang inside the box who strikes inside the right post. 1:2.

A great display from the away side but the contest have already been lost from the first leg.

Pep Guardiola’s team march on to the next round with a 5-2 Aggregate. 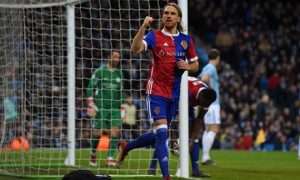