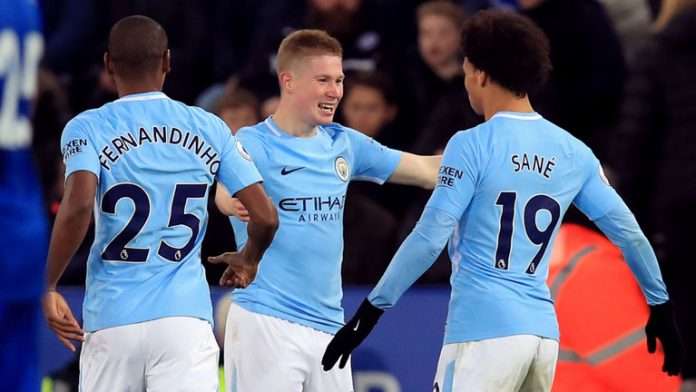 Manchester City Maintained their 8 points lead in the Barclays premier as they beat Leicester 2 nil. Manchester city were in full control in the first half and the only blemish was defender John Stone limping Off in the 27th minute with a hamstring injury and is expected to be out of action for about 6 weeks. Gabriel Jesus opened the scoring just as the stroke of half time as he tapped in from close range after a series of completed passes (tiki taka style) to put the Citizens ahead going into the break. Kelvin DE Bruyne doubled the lead 4 minutes into the 2nd half with an absolute cracker from yards out to give Pep Guardiola a well deserved away win. The win means that Manchester City are the only unbeaten team this season in the Barclays Premier League.