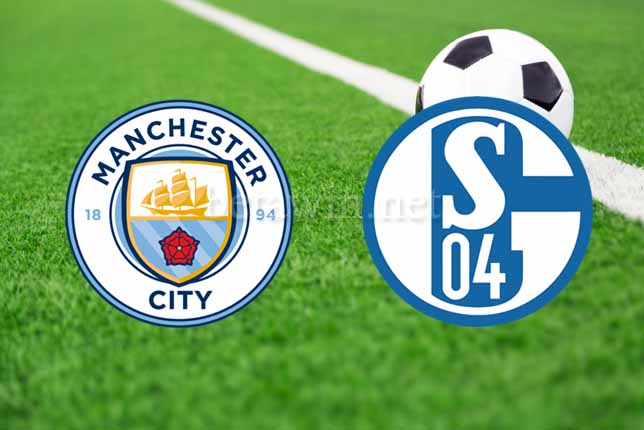 The Citizens welcomes German side Schalke to the Etihad Stadium for the second leg of the UEFA Champions League knock out fixtures.

City defeated Schalke (3-2) in the first leg at the Veltins Arena a fortnight ago.

Serio Aguero gave City the lead in the 18th minutes, Nabil Bentaleb leveled the score for Schalke in the 38th minutes, before he gave Schalke the lead on the brink of half-time.

Leroy Sane got the equalizer for City in the 85th minutes, before Raheem Sterling grabbed the winner in stoppage time, as City secured a vital away win.

Raheem Sterling put City in front in the 46th minutes, he doubled the lead in the 59th minutes, then got his hat trick nine minutes later, before City conceded in the 66th minutes.

Schalke on the away side suffered a (4-2) away loss to Werder Bremen last Friday.

Breel Embolo gave Schalke the lead in the 26th minutes, but the lead was canceled out in the 31st minutes.

Schalke fell behind in the 51st minutes, conceded the second in the 73rd minutes, Breel Embolo reduced the deficit in the 85th minutes, before they conceded the fourth in stoppage time.

Raheem Sterling scored the winner in the first leg, got a hat trick against Watford. He now has eighteen goals ans eleven assist.

Nabil Bentaleb got a brace in the first leg. He is Schalke’s top scorer with six goals so far.

Schalke have scored at least a goal in each of their last five Champions League outings.

City have conceded at least a goal in each of their last three Champions League games.