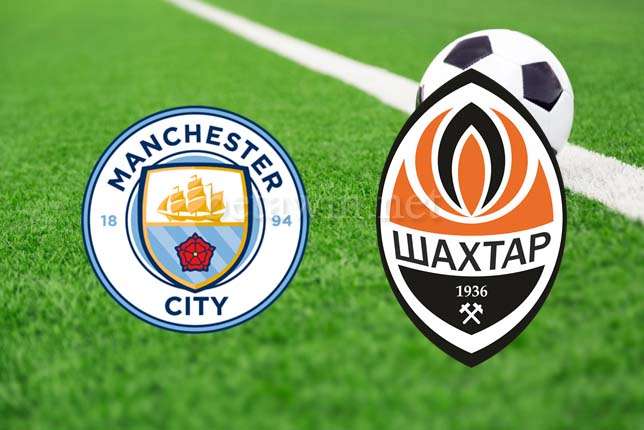 Manchester City play host to Ukrainian side Shaktar Donestsk at the Etihad in round 4 of the Champions League Group F fixtures.

City come into this game following an impressive (6-1) humbling of Southampton at the Etihad on Sunday.

The Citizens took an early lead from an own goal in the 6th minutes, Sergio Aguero double the lead in the 12th, before David Silva added the third six minutes later.

City conceded from the penalty on the half hour mark, but Raheem Sterling scored in first half injury time to restore City’s three goal advantage.

Sterling grabbed his second in the 67th minutes before Leroy Sane completed the rout in injury time.

Shakhtar Donetsk on the other hand come into this fixture on the back of a (2-1) home win against Dynamo Kyiv at the OSC Metalist on Saturday.

The Ukrainian side fell behind in the 44th minutes, but Junior Moraes cancelled the deficit nine minutes after the break, before Viktor Kovalenko grabbed the winner in injury time.

Sergio Aguero scored his tenth goal of the season in City’s (6-1) win over Southampton. He also has four assist.

Junior Moraes got the equaliser against Dynamo Kyiv and assisted the winning goal.

Over 2.5 goals have been scored in each of City’s last seven Champions League matches.

Each of Shakhtar Donetsk last three Champions League matches have had over 2.5 goals.

Over 2.5 goals have been scored in each of Shakhtar Donetsk’s last four matches in all competitions.