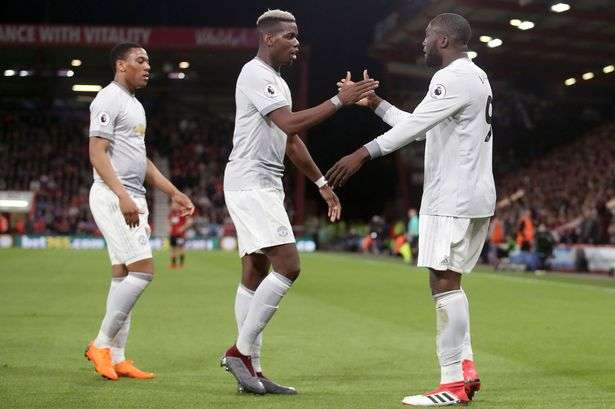 Manchester United eased pass Bournemouth 2 nil at the Vitality Stadium after their last league defeat to West Brom at Old Trafford. Jose Mourinho made 7 changes to his starting line up as they prepare for Saturday Mouth-watering showdown against Tottenham Hotspurs in FA Cup Semi finals at Wembly.

28’Chris Smalling opened the scoring for the Red Devils with a tapping from close range after latching on to a Jesse Lingard square pass from inside the box. 0:1

70′ Wonderful play from Paul Pogba who soares through the midfield before releasing Substitute Romelu Lukaku who sealed the win for the away side with a great one time finish under the cross bar.2:0.