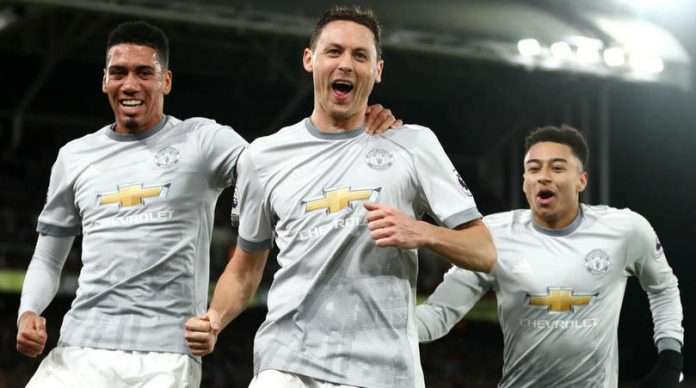 Manchester United dramatically turn around a two goals deficit in the 2nd half to snatch maximum points at Selhurst Park.

Manchester United had an awful first 45 minutes probably their worst performance in the whole of the season. As a result of their poor start to they were punished with an early goal.

11′ Townsend’s first time effort from the edge of the box took a wicked deflection off Lindelof into the top right corner of the goal leaving De Gea helpless. 1:0.

48′ Patrick Van Aanholt doubled the lead for the home side just minutes into the 2nd half. Schlupp took a quick free kick that presents Van Aanholt with a one on one opportunity with David De Gea. He strikes the ball with great pace beating the goal keeper at his near post. 2:0.

55′ Chris Smalling pulled one back for Manchester United with a powerful header into the bottom right corner from a superb Valencia cross to open up a possible comeback. 2:1.

76′ Lukaku was at the right place to connect to Alexis Sanchez deflected shot of the top bar. Lukaku showed great composure as his delayed shot took a slight deflection into the bottom right corner. What a game we have in our hands! 2:2 Game on!

90+1′ Nemanja Matic stole the show late in the game with a brilliant thunderbolt strike from long range. What a great performance from both sides. Final score at Selhurst Park; Crystal Palace 2 Manchester United 3.

The win means that Manchester United retain their 2nd place spot from Liverpool who they face next on Saturday.