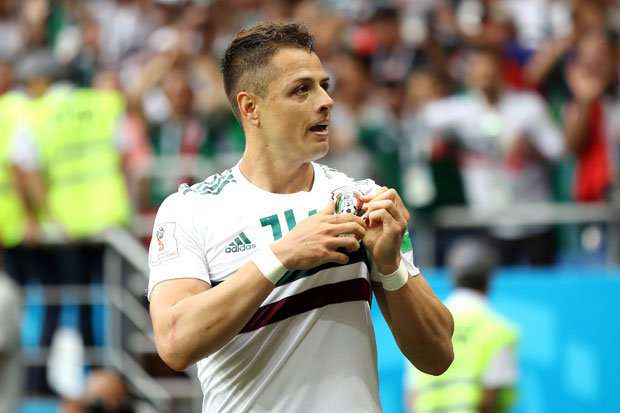 Mexico campaign at the tournament has been outstanding as they record their second win as they beat South Korea 2-1 at the Rostov Arena.

26′ Carlos Vela put Mexico ahead as he showed great composure to convert from a penalty kick straight into the middle of the goal. 1:0

66′ Chicharito doubled the lead for Mexico as he showed is preditorial quality to convert from close range after latching on to a superb pass from Hirving Lozano. 2:0

90+3′ A consolation goal for Tottenham Hotspur winger Heung-Min Son in the closing stages of the game. He latched on to a sweet pass and makes up his mind quickly as his unstoppable strike went into the left side of the goal. 2:1

The win moves them top of the group with 6 points after they beat Germany 1 nil at the opening game of the group.