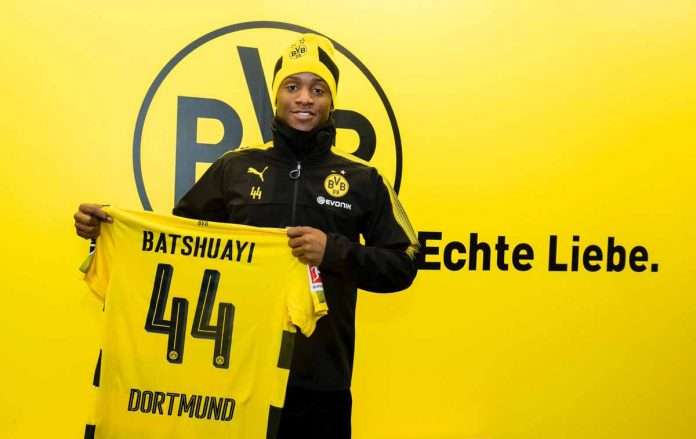 Borussia Dortmund have confirmed the signing of Michy Batshuayi from Chelsea until the end of the season.

Batshuayi completes a series of transfers, as he replaces Pierre-Emerick Aubameyang at Dortmund, after the Gabon international joins Arsenal on a long term deal, while Olivier Giroud joins Chelsea on a 18 months contract.

Chelsea signed Batshuayi for £33m from Marseille in the summer of 2016 and he has scored seven Premier League goals in 32 appearances.

“In order to achieve my big objective, I want to play as much as possible and score many goals,” he said. “The World Cup is taking place in the summer.” Batshuayi