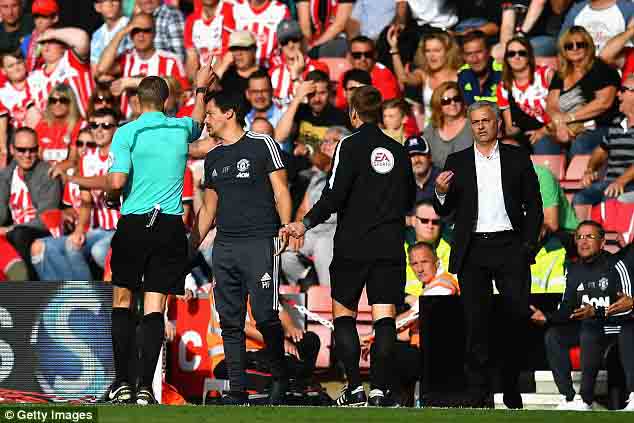 Jose Mourinho will probably not face any action from FA after being sent off during Manchester United’s 1-0 victory against Southampton.

The United boss was dismissed late into the injury-time by referee Craig Pawson, after he stepped into the pitch and also appeared to have accidentally collided with the fourth official Mike Jones.

The center referee had no choice but to send off Mourinho after he was alerted of the situation by the fourth official. It is understood that the United boss was not abusive to the officials and did not confront them after the game.

The FA will wait on Pawson’s report before taking any action, and if the referee is not critical of the Mourinho’s conduct, the Portuguese can expect to escape further charges.