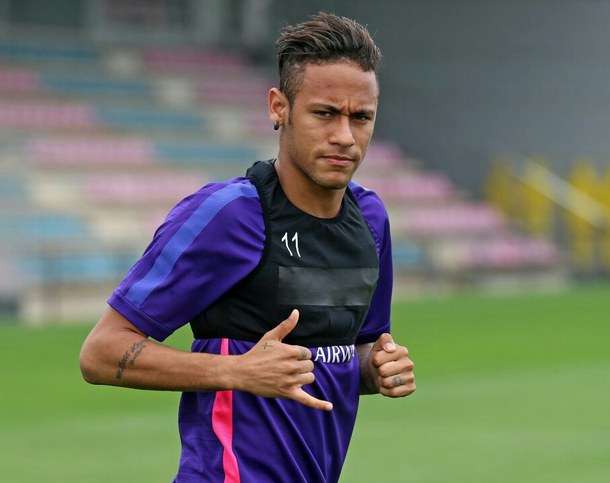 Neymar was seen running towards new defender Nelson Samedo, both players were involved in some kicking before Sergio Busquets stepped in as peace maker to put and end to the burst up.
Training was stopped due to the incidence and Neymar took off his training bib and stormed off training in anger.
The Brazilian super star has been heavily linked with a move to PSG for a world record £196m transfer fee.
According to reports, Neymar (25 years) wants to leave Barcelona because of the frustration of being under the shadow of Lionel Messi.
He believes he can be the best player in the world by joining another big club and PSG are ready to pay his release clause, only a miracle can keep him in Barcelona.