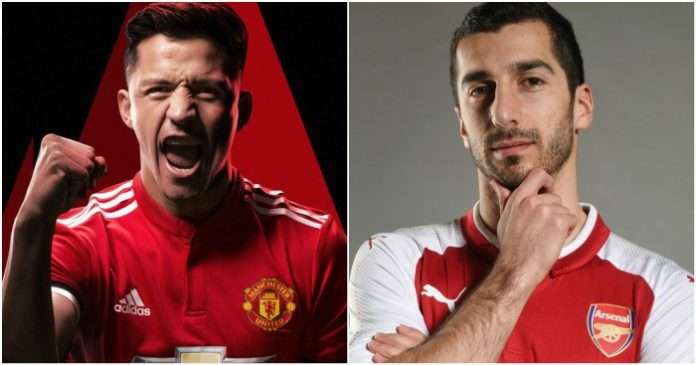 The tug-of-war between two European giants finally ends with one side of the bargaining party seeming to be the best bidder.

Manchester United and Arsenal have been involved in one of the most fascinating transfer deals in the history of English football. The deal involved a straight swap between Alexis Sanchez from Arsenal to Manchester United and Henrikh Mkhitaryan moving to North London with no fees involved.

The former whose contract expires at the end of the season has already forwarded a transfer request to his Boss Arsene Wenger in the last season transfer window. Manchester City was the Chilean Forward’s destination with a fee of about £60m but the deal didn’t break through. This season the Sky Blues were still interested in capturing the signature of Sanchez for £20m before they pulled out on the eleventh hour due to his wages at the club. Chelsea were later involved in the race to sign the forward but the Red side of Manchester was his preferred destination.

Manchester United agreed to pay the 29 years old his wages of around £350,000 a week on a four-and-a-half-year deal. The Chilean becomes the highest ever earner in the history of English football and will wear the famous number 7 jersey. Sanchez stayed in North London for three and the half years and scored 80 goals in 165 appearances.

Meanwhile, Mkhitaryan who joined Manchester United in 2016 from Borrusia Dortmund left the club with mixed feelings having failed to replicate the kind of form showed while in Dortmund.  However, the Armenian was successful at Manchester United and was instrumental for the Reds in winning their first ever Europa Cup Trophy.  Mkhitaryan agreed a three-and-a-half-year deal with the Gunners. 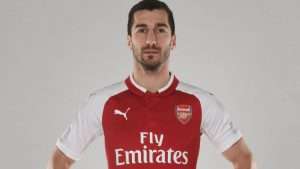 Both parties seem to be happy with their transaction and their new acquisitions. As it stands, the situation seems to be a win-win situation for both Arsene Wenger and Jose Mourinho.