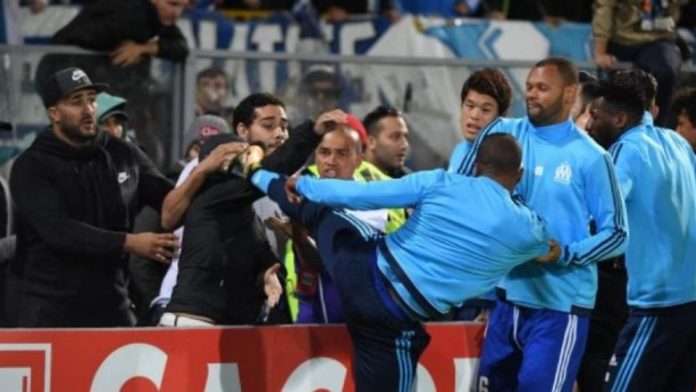 Former Manchester United defender Patrice Evra was shown a straight red as he lashed out on a fan with a high karate kick before the kickoff. Evra got entangled in a heated encounter with a group of fans positioned in an area assigned to the Marseille supporters in Portugal. Evra was not included in the starting line up but was  in the selected among the substitutes. After he was shown red, Evra was sent to the dressing room after the “Eric Cantona” moment with the supporter.
The Marseille defender has been under heavy scrutiny for his poor form which led to him losing his place in the regular starting 11.