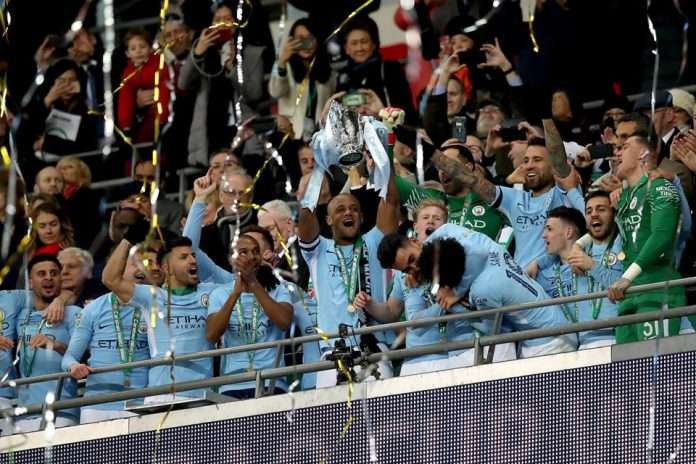 The much anticipated Carabao Cup Final match against Arsenal and Manchester City lived to expectations in 85,671 parked Wembly Stadium.

Manchester City won their first trophy under Pep Guardiola’s era as they Trash Arsenal 3-0. The score line marked the Gunners greatest defeat in a finals as they are yet to win the cup in the Arsene Wenger’s era

18′ Sergio Aguero opened the scoring for City as he accelerates past the Arsenal defense and from the edge of the box he shows accuracy as he chips the ball over David Ospina. 0:1.

65′ City showed dominance and increased the humiliation for Arsenal as Danilo perfect pass found David Silva inside the box. The spanish maestro showed great composure as he slots the ball into the bottom right corner to put the game beyond the grasp of the North London side.

Manchester City are also in contention to add two more trophies (EPL & UCL) to their cabinet this season. What a great win!