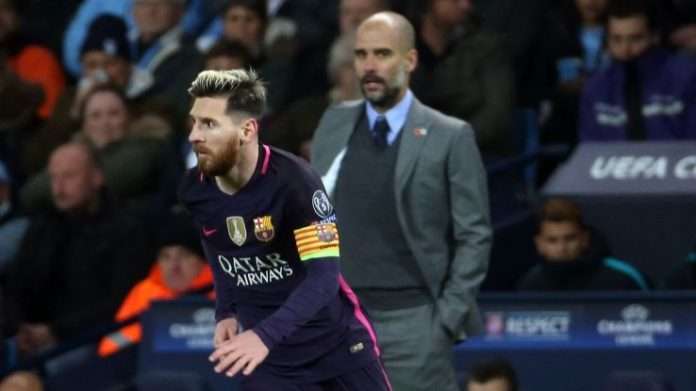 Since Neymar’s big money move to Paris Saint German, alot of attentions have been moved to towards Lionel Messi. Manchester City’s boss Pep Guardiola has thrown shades on the possibility of Barcelona losing the Argentine forward.
According to Pep, a club could activate Barcelona star Lionel Messi’s €300 million buyout clause.
He said a big club with money to spend could activate the buy out clause but that club wont be Manchester city.
Barcelona in July arranged for a 4 years contract extension for Messi but it is yet to happen. Messi’s contract expires in 2018 and if Barcelona don’t cash out on him, next year he will become a free agent if he dosen’t put pen on paper with the Catalan club. Lionel Messi at the moment is uncertain of his future at Barcelona and could be on the move to become the most expensive player in the world.