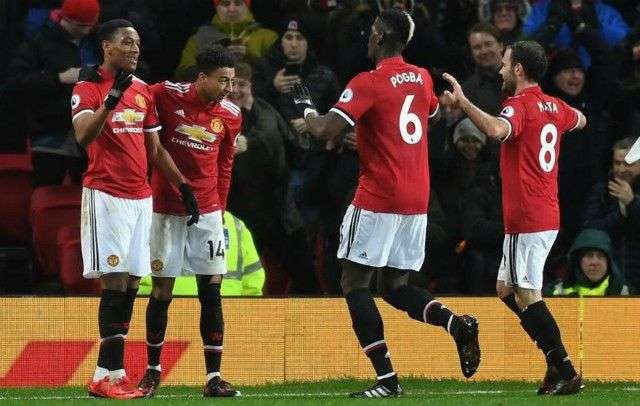 Antonio Valencia marked his return to first team football with an early goal for the home side in the 9th minute. The Manchester United captain missed the festive period with an injury but showed sharpness in his return. The Ecuadorian superb curling effort from inside the box with his weaker left foot ended at the top left corner of the goal. 1:0

Manchester United doubled their lead in the 38th minute. Man of the match Paul Pogba completed his second assist of the game with a precise pass to Martial, his first touch was a strike from outside the box that curled into the top right corner of the goal. 2:0.

72′ romelu Lukaku was rewarded for his hard work for the night with a goal. The Belgian forward showed composure as he squeezes a low shot past the Stoke defense. 3:0.