Betawin.net
Home Blog Match Recap Portugal qualify for the next round despite Iran stalemate 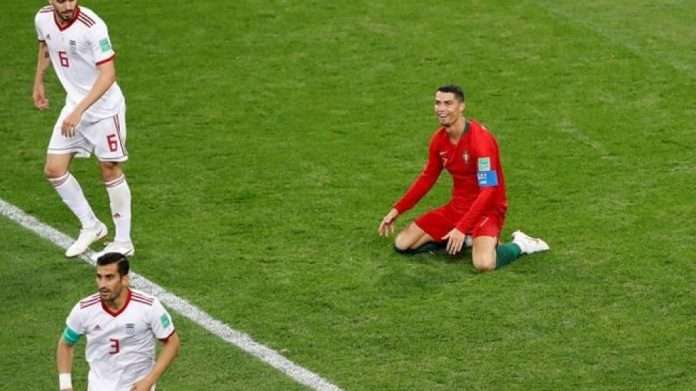 Portugal played out a 1-1 draw against a resilient Iranian side at the Mordovia Arena in Saransk.

45′ Ricardo Ricardo Quaresma broke the dead lock with a wonderful finish with the outside of his right foot from the edge of the box into the top left corner. Stunning goal!

53′ Christiano Ronaldo proved he was human after all as he missed from the penalty spot. Goal keeper Alireza Beiranvand pulled off a brilliant safe to keep Ronaldo out. Great safe!

90+3′ Iran were awarded a penalty late in the game after consulting the VAR as Carvajal handled the ball inside the box. The Captain Karim Ansarifard makes no mistake as he smashes the ball into the back of the net. 1:1

Portugal qualifies for the next round as runners up and will face Uruguay in the round of 16.