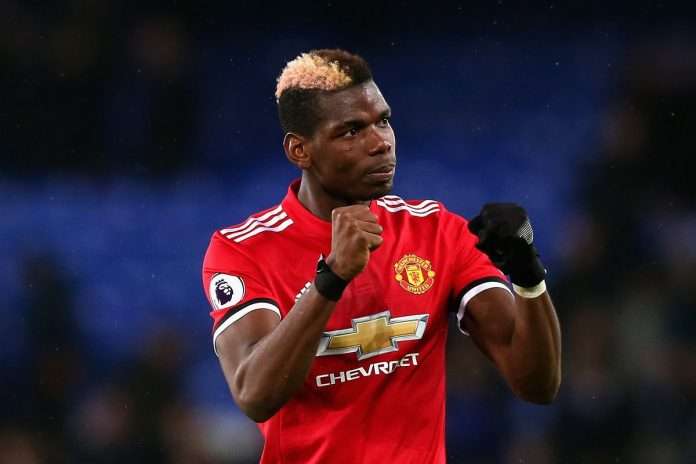 The seagulls Played out a two-all draw against the cherries in an entertaining encounter at the Amex Stadium. Anthony Knockaert opened the scoring for the home side on the 5th minute. Steve Cook leveled the game in the 33rd minute with a header from close range to make it 1:1. 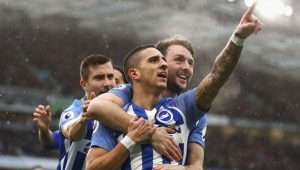 Liverpool opened the new year with a win away against Burnley at Turf Moor. The first half ended as both teams failed to hit the back of the net. Mane had a quite game but he Senegalese international opened the scoring for the away side in the 61st minute.

Late in the game 87′ Gudmundsson drew the game level with a close range header after a pin-point headed assist from Sam Vokes. Its 1:1. 4 minutes stoppage-time was shown by the fourth official. 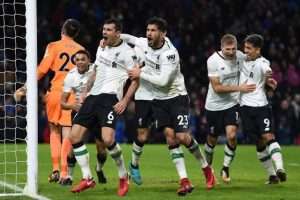 Leicester 3 – 0 Huddersfield
Leicester City also opened the new year with a win as the trash Huddersfield 3-0. Mahrez 53′, Slimani 60′, and Albrighton 90+2′ late winner burried the game as the home team rapped up a comfortable win at the King Power Stadium. 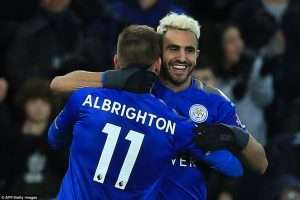 Stoke City Welcomed Newcastle at the Bet365 Stadium in a crunchy encounter. The first half ended goalless but the dead-lock was broken in the 73rd minute as Ayoze Perez gave Benitez side a crucial win away from home. After the match the home fans flew banners of protest asking for the sacking of their manager Mark Hughes. 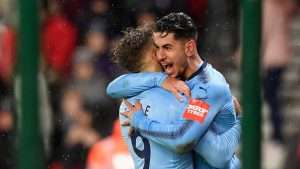 Everton welcome Manchester United in an interesting encounter at Goodison park. Manchester United who haven’t recorded a win in 4 games in all competition needed maximum points if they are to remain in contention for the ultimate price.

The first half eneded goalless. Anthony Martial broke the dead-lock in 57th minute with an outstanding finish. The french international perfectly received a Paul Pogba pass on the edge of the penalty are to smash the ball brilliantly to the right side of the goal.

Jesse Lingard 81st minute solo run was a show of individual brilliance. The England international drives his way through the Everton defense and then takes a shot from the edge of the box into the right hand side of a goal. 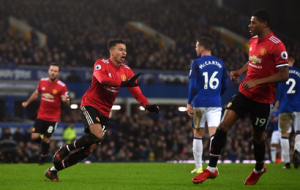