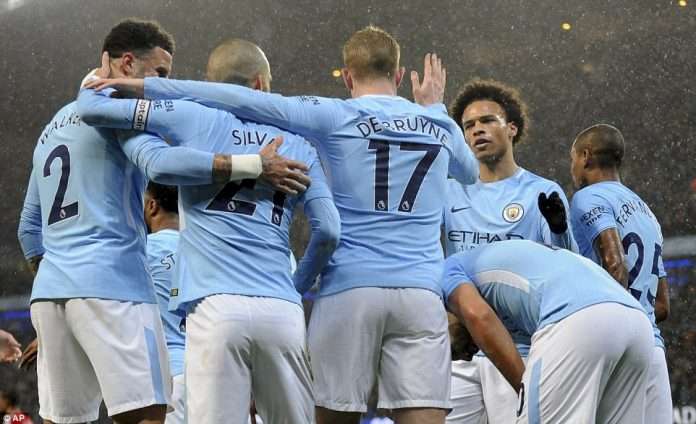 Crystal Palace beat Southampton at the St. Mary’s Stadium to open their 2018 with a big win away from home. Shane Long opened the scoring for the home side in the 17th minute.
Crystal Palace drew level in the 69th minute after a creative team effort, James McArthur fires a great shot that leaves the keeper stranded. 1:1.

Luka Milivojevic 80 minute strike gave the away side a dramatic late away win as palace managed to hold on to all 3 points. 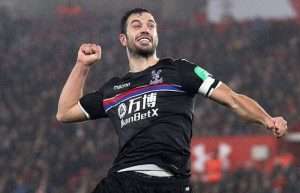 Tottenham Hotspur also recorded their first win of the new year with a 2 nil win away at the Liberty Stadium. Fernando Llorente opened the scoring early in the 12th minute with a header from inside the box which he celebrates against his former club. 0:1

Dele Alli doubled the scoring for Tottenham late in the game as he was the first to react to a rebound that he shots into the top of the net. Its 0:2 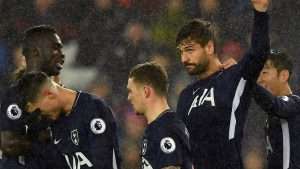 Welcome to the Olympic Stadium for an interesting encounter between encounter between West Ham and West Brom. 30 minutes into the game and the away side have the lead. James McClean solo effort was crowned with a shot from 20 meters, the ball hits the cross bar leaving the keeper stranded. 0:1.

West ham got back into the game in the 59th minute, Cresswell produces a pin-point cross into the box, Andrew Carroll rose the highest as he headed the ball into the bottom right corner. 1:1.

The 4th official displays 4 minutes of stoppage time, Andrew Carroll completed his brace in the 90+4 minute as he shows composure inside the box to earn West Ham a dramatic win. Final score; 2:1 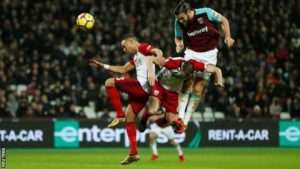 Manchester City were back in winning ways as they beat Watford 3:1. Raheem Sterling opened the scoring in the 1st minute of the game to give the Citizens a picture perfect start.

Christian Kabasele 13th minute own goal pilled up the misery for the away side in his attempt to intercept a through pass. 2:0. 63′ Sergio Aguero was in the right place at the right time as he was the quickest to react to a rebound and fires the ball to give the home side a comfortable margin. 3:0

82′ Andre Gray scored a consolation goal for Watford who slotted the ball into an empty goal. Final score at the Etihad, 3:1 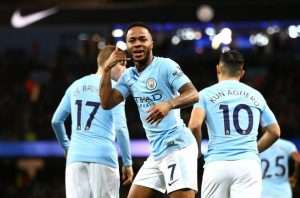