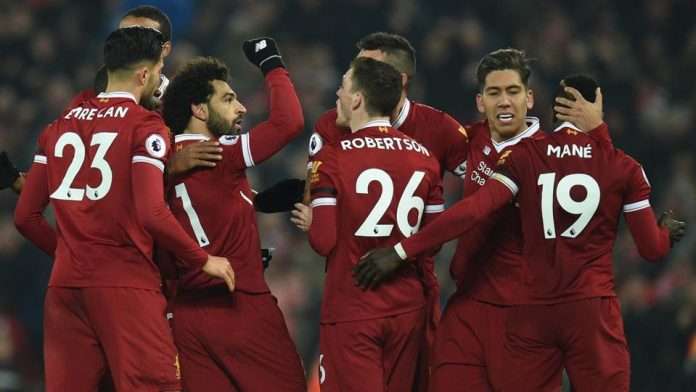 Relegation threatened side Bournemouth beat Arsenal Without “club rebel” Alexis Sanchez who is set to move away from Arsenal in any minute.

70′ Callum Wilson drew his side level with a low shot into the middle of the net. 1:1.

74′ Jordan Ibe first time shot from inside the box grabbed a memorable winner for Bournemouth. 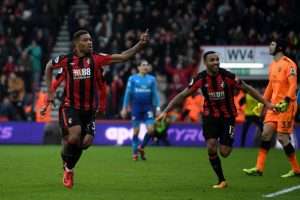 Fc Liverpool are the first club to beat Manchester City in all domestic competition this season as they ended their 22 matches unbeaten run. The Cityzens recorded their first defeat to a high flying Liverpool side who were without star man Phillipe Coutinho.

9′ Alex Oxlade-Chamberlain opened the scoring for the Reds early in the game, the England International dribbles through the City defense before he rifles home from the edge of the box. 1:0.

5 minutes before half time, Leroy Sane leveled the game for City with magnificent solo runs into the box and riffles into the the left hand side of the goal post. 1:1

Superb goals from Roberto Firmino(59), Sadio Mane(61) and Mohamed Salah(68) from the middle park gave the home side a commanding lead in the 2nd half of the game. 4:1.

84′ Bernardo Silva was in the right place ay the right time as he quickly reacts to a rebound inside the box to pull one back for the away side. 4:2.

4 minutes was shown by the fourth official and city were in the move for a possible comeback. 90+1′ Ikay Gundogan connected to a precise cross from Aguero and shows great composure as he strikes the ball into the bottom right corner. 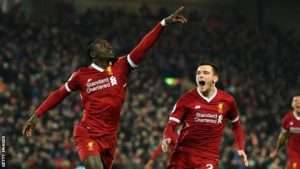