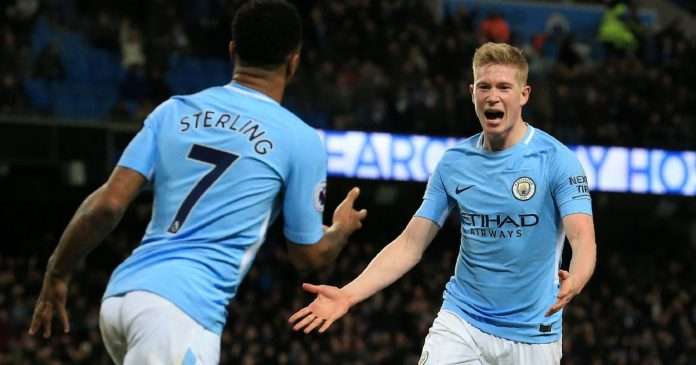 A well improved Everton under Sam Allardyce showed a lot of potential as they beat Leicester City 2-1 at Goodison Park.

Former Arsenal striker Theo Walcot scored a brace (25’ and 39’) for his new club and he seems to be more happy under his new management with more match time.

71’ Leicester were awarded a penalty kick, Jamie Vardy steps up and he coolly converts the spot kick to spark up a possible comeback but it wasn’t meant to be as the home side snatched maximum points. 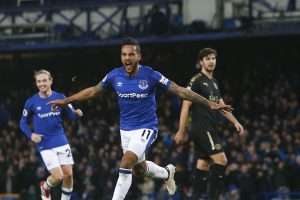 Newcastle United played out a one all draw in feisty relegation battle against Burnley.

34’ Joselu missed a golden opportunity to give the home side the lead as he fails to convert a spot kick.

65’ Jamaal Lascelles was the quickest as he connects with his head to perfect corner kick from Kennedy. His header was accurate and powerful, the ball lands into the left side of the goal as the keeper was left stranded. 1:0.

85’ Karl Darlow own goal proved to be a disaster for the home supporters as both team had to settle for a draw. 1:1. 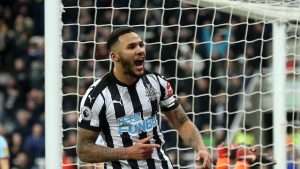 The saints  welcomed the Seaguls to St. Mary’s for a feisty encounter and the home side were ahead early in the 14th minute with a coolly converted penalty kick from Glenn Murray 0:1.

61’ Jack Stephens pulled the game level with a fine shot from inside the box resulting from a free-kick. The ball ends at the bottom right corner as both team had to settle for a point each. 1:1. 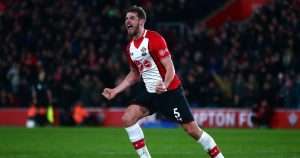 The “Sky Blues” move 15 points clear off their city rivals Manchester United with a 3 nil thumping of West Brom a the Etihad.

19’ a great team effort was crowned with a goal from Veteran Brazillian midfielder Fernandinho. His heavy shot hit the middle of the net to give City an early lead. 1:0.

65’ Raheem Streling precise pass finds In-form Belgian midfielder Kelvin De Bruyne who slots the ball with ease into an empty net to double the lead for the home side. 2:0.

89’ Raheem Streling once again turns provider as his pass  finds Sergio Aguero inside the box. The Argentine hit man spotted the goal keeper off his line and he chipped the ball over the Keeper into the net. What a great goal. 3:0. 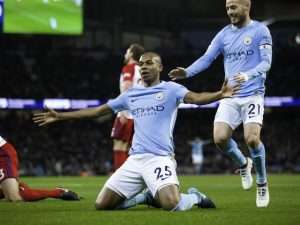 Stoke City played out a goalless draw against Watford. The home side created more goal scoring opportunities but both sides were unable to find the back of the net. 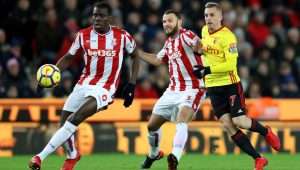 Tottenham Hotspur hosted Manchester United to Wembly for a thrilling encounter in a battle for top four finnish. Another highlight of the fixture was Alexis Sanchez debut for the Reds in the Premiere League. Both clubs needed a win in their respective campaign and the game was off with an electric start in a matter of seconds.

11 seconds to the kick off and Spurs have a surprise lead. Spurs lunched a long ball into the defence of the visitors who failed to clear their line and Christian Eriksen was in the right place at the right time as he curls home with his left foot to beat David De Gea. 1:0.

28’ Phil Jones tried to clear a cross from inside the box but unfortunately the ball ends inside the back of his net! Its an own goal.

63’ Marouane Fellaini was introduced into the game but was disappointing to be substituted just seven minutes into the game as the Belgian Midfielder suffered and injury. 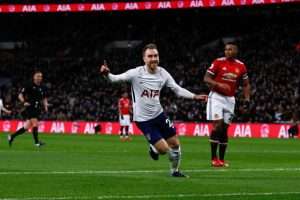