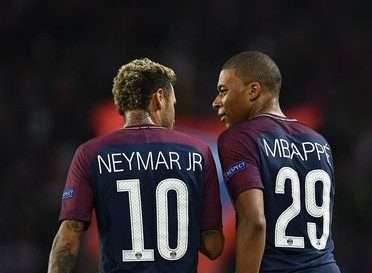 PSG welcomed Celtic at the Parc des Princes for an entertaining encounter as PSG ran riot at the Scottish giants.

Unai Emery smashed the Champions League record by scoring 24 goals and conceded just 1 goal in the group stage of the competition. PSG beat Celtic 7-1 as they record their highest ever winning margin in European competition.

Dembele opened the scoring for Celtic in the very first minute of the game. But the goal seem to trigger the home side attacking fury as they swent on to show why they posses the most expensive attacking line up in champions league history.

PSG response to the early goal as Neymar JR scored a brace in the 9th and 22nd minute. Edison Cavani made it 3-1 as he put his name in the score sheet in the 28th minute, Mbappe scored the fourth goal in the 35th minute to give the Frecnch Champions a commanding lead into the break.

More of the same was expected from the home side as Verrati added his name tothe scoring sheet in the 75th minute.

Cavani then went on to complete his brace in the 79th minute. Dani Alves completed the scoring in the 80th minute with a superb strike making it 3 goals in the space of 5 minutes. 7-1 it ended as PSG qualify for the next round of the competition with a game to spare.