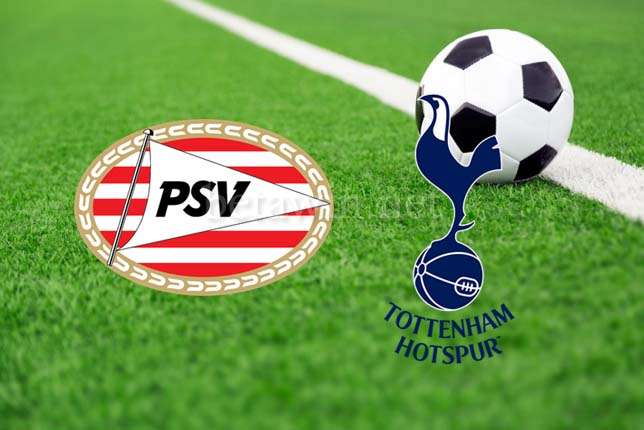 Tottenham makes a trip to the Philips Stadion in Holland to face PSV in round 3 of Group B UEFA Champions League fixtures.

The Dutch side come into the Champions League clash in the back of a (6-0) Eredivisie triumph over FC Emmem last Saturday.

Gastón Pereiro put PSV ahead inside 12 minutes, Luuk de Jong double the lead in the 29th minute and scored the third seven minutes later before Pereiro scored the fourth in the 42nd minutes.

Erick Gutiérrez added the fifth from close range in the 79th minutes, before Hirving Lozano completed the rout in the 88th minutes from a right footed shot from the left side of the box.

The English side approach this tie following a narrow (1-0) away victory over West Ham at the London Stadium last Saturday.

Erik Lamela scored the decisive goal just a minute before half time with a glancing header into the far corner as Tottenham claimed all three points.

Its was another scrappy performance but the win will boost their moral ahead of tonight’s Champions League clash.

Tottenham first ever visit to the Philips Stadion was in the Europa League second leg tie were they won (1-0) but were knock-out on penalties after PSV won the first leg (1-0).

The attacking trio of Hirving Lozano, Luuk de Jong and Gastón Pereiro are firing on all cylinders. Lozano and Luuk de Jong each have eight goals each while Pereiro has seven goals.

Erik Lamela scored the winner against West Ham. He now has five goals and three assist so far.

Each of Spurs last four Champions League matches have had over 2.5 goals.

Each of PSV last four Champions League matches have had over 2.5 goals.

Over 2.5 goals have been scored in each of PSV last seven home matches.